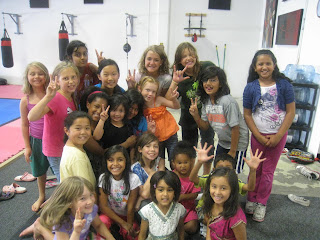 Greetings from the Hip-Hop Chess Federation!

We hope this letter finds you in great spirits and great health. The Hip-Hop Chess Federation is about to announce our Summer Camps for chess, performing arts and Hip-Hop dance. 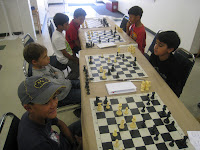 Last summer the HHCF Summer Camp was sold out every week! We are in the process of moving facilities this Summer in anticipation of another amazing summer. We are seeking a bigger facility and we should have one solidified within the next 7-10 days. To do this we will need your help in raising $2500.00. This will allow us to purchase new equipment, pay our chess and dance coaches, relaunch our website and scholarship some of the kids whose parents are unable to pay for the camp. We’ve done some amazing things with the HHCF this year. But none of it can continue to happen without you. The Hip-Hop Chess Federation is a 501(c)3 non-profit and your donation is tax deductible. Make a donation to the HHCF TODAY!

The Hip-Hop Chess Federation has a lot of amazing things to announce and we wanted to share them with you!

2. Our Cheer and Hip-Hop dance team took 1st, 2nd and 3rd at US Nationals in Disneyland VIEW HERE . Because of the victory our team was invited to PIXAR Studios to perform at a private Monsters University event. We are bound by contract not to show the photos and stuff yet, but, once we get the green light, you will love it. It was an honor, and it was VERY fun.

3. Hip-Hop Chess Federation will be doing an event at the World Chess Hall of Fame May 8th!

5. Aprill 22nd HHCF will drop Opera House Massacre video directed by Mike Relm on YoutTube. Mike Relm is a video remix king (with over 13 million hits on YouTube!!). He is an old ally of the HHCF and is also the producer of Adisa’s www.bishopchronicles.com podcast.

YouTube recently purchased the airplane hangar that the famous Spruce Goose airplane used to be in and made a film studio out of it. Only stars like Matt Damon were previously allowed to shoot there. But because of Mikes following on YouTube he was invited to shoot there and he and Adisa came together with a truly one of a kind film clip called The Opera House Massacre (a remake of a famous game played by the chess legend Paul Morphy). Its about the fusion of chess and jiu jitsu. It will debut on April 22nd on Relmvision and you will be able to catch it also on Bishop Chronicles and www.hiphopchess.blogspot.com . Neither chess, nor jiu jitsu has been filmed like this before. We encourage you to you share it with your friends after you see it.


I know this economy is a beast, but in the shadow of all the turmoil today, you can know that you donate to an organization committed to being on the frontlines to combat violence and enrich the minds of all children and teens. Donate today!