DJ Akiko Luv is an amazing DJ who took 2nd at the DMC DJ Bay Area DJ Battle at the HHCF HQ.
She recently made an amazing piece called The Ballad of Lady Snowblood. It is a fantastic skratch interpretation of the Lady Snowblood film series that was the inspiration for Kill Bill. Be sure to follow her YouTube Channel. Look for it on the HHCF Street Games Vol. 2. We hope it inspires people to be courageous on the chessboard, the turntables, the mic, the mat and the world. NOTE: The Lady Snowblood films are very violent and no kids or teens should watch them without parental permission. 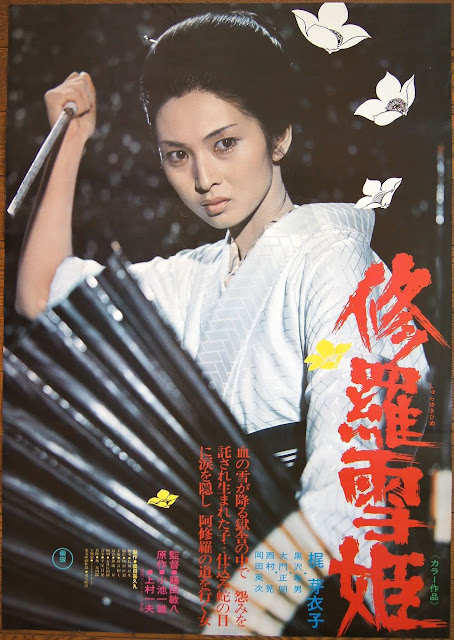 Notes from the Field: My Kennedy Center Keynote + I met Grandmaster Flash! 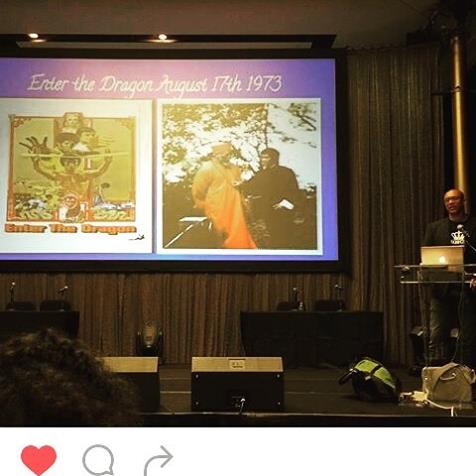 Adisa The Bishop at the Kennedy Center explaining how Bruce Lee, Bobby Fischer and kids from the Bronx changed America forever.

I had an amazing trip to DC to the Words Beats and Life Teach In. It was in many ways a test of focus and will. Essentially, I got on a plane Thursday at midnight, and touched down on Friday about 11 AM. Right before I got on the plane, I learned that our Southeast Regional Director (Vince Bayyan) and our HHCF Durham Chapter Leader (D'Juan Owens) were not going to be able to make it due to situations beyond their control.

When I landed, I learned the jiu-jitsu mats were not gonna be there. On the flight the turbulence was so bad. It was prayer worthy. Not just prayers. The kind where you start straight up having rambling conversations you think are heart to heart engagements with The Creator.

It was SO bad, that someone pooped on the plane twice during the mayhem at thirty-thousand feet. I repeat, twice.

But I was at peace.

Upon landing my ride to the Words Beats and Life event at the Kennedy Center. It is an amazing building and I started to get goosebumps as I walked in. Not long after I got there I saw Christie Z Pabon from the Hip-Hop promotions company Tools of War. I also saw Nico Ball of the Terere Kids Project in Brazil. They teach kids in the favelas of Brazil jiu-jitsu and help give them a better chance at life.

I hung out with them as I waited for my time to speak. At that point I had been up many hours, but I didn't care. I was in a great mood and the crowd was amazing. All the people from Words Beats and Life were kind and supportive. It was organized well from top to bottom. I have to give Asad Jafri and Mazi Mutafa a serious nod for having their crew on point.

When it came time to speak, I just went up and gave it my all. I tried to Periscope it, but the signal was bad...It did not work!!! I just focused on my talk. It was very surreal. I didn't think of it as a presentation, but more of a conversation with friends. I illustrated the history of martial arts and chess centered around Hip-Hop dance and DJ culture.We looked at clips of Bruce Lee and I talked about how he inspired so many African Americans to learn martial arts, use it as a tool for nonviolence and explore ideas like Buddhism and vegan living. I showed how that history how it had a ripple effect in shows like The Get Down and Luke Cage. The crowd loved it. I had intended to do a whole series of jiu-jitsu positions to show how they align with chess. But with D'Juan gone all that was outta the window.

I had a last second idea to have Nico Ball come up and show a jiu-jitsu wrist escape that all young women could use. Also an arm drag to a choke from standing. This allowed me to show how position and knowledge are greater than strength when it comes to self defense. We didn't even need any mats. I went on to share how important it was for women to take jiu-jitsu, judo and take self defense seriously.

In my conclusion I got into the important role Hip-Hop, chess and martial arts play in sparking executive function in the brain. When I was done, I got a great round of applause. It was a vindication of the highest order. I was so scared. Only my wife and my man J-Live had heard my presentation before I did it. They both said it would work. They were right.

As I hung out at the place. Grandmaster Flash walked in. I hurried to the back to introduce myself. When I got back there, he was in a bad mood. He was coming down from having an intense discussion with someone. I walked in the room mid convo and it was awkward for me.
I didn't introduce myself because I felt confused about the best way to introduce myself. Flash was sitting a couch in the back. I was standing in the doorway. 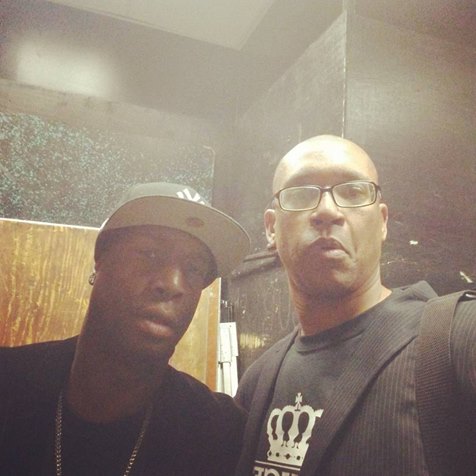 Grandmaster Flash and Adisa The Bishop (trying to fix his face)

He looked over at me as I was spaced out looking at the ceiling.

"Fix your face" he barked. "Is something wrong? You look mad?"

The old me would have been mad. I might have started yelling. I am a westsider by birth and I mighta got all riled up. In this moment though, I was not trippin'.

Without missing a beat I said. "My face is like this because I'm in awe of being in the presence of a legend. If you mistake my face to be anything else, you will truly be misunderstanding my joy. I just talked about how your character and Shaolin Fantastic are just like Po and Kwai Chang Cain in the TV show Kung Fu. My name is Adisa. Nice to meet you." I walked over and shook his hand.

You could see Flash was still coming down from his anger. He studied me.

"I am the Founder of the Hip-Hop Chess Federation" I said with a smile.

Half playing and half perturbed he said "That does not tell me anything. I asked what do you do?!" with a half smirk he leaned toward me. His eyes probed mine for weakness. This dude is a true New York'er.

"I teach kids chess, jiu-jitsu and Hip-Hop to keep them off the streets."

He raised his chin as he thought, then said "That sounds pretty cool. I think I like that idea."

Then he let me interview him. I cannot tell you everything he said. I told him I'd hold onto it. I can say it was deep. He does have deep respect for chess GM Geller. He loves Kung-Fu films. We took a quick photo then he was off to do his Q&A and get his award.

What he took to the stage was amazing. He shared a formula he created back in 1969 to DJ parties. It was a blueprint for juggling breaks (a way to play a specific part of any record over and over). It blew my mind and I have to say I was more than impressed.

A lot of Hip-Hop pioneers are too arrogant or angry about the past. They tend to not share a lot. Flash was the total opposite. He truly is a genius. In the truest sense of the word. I was in awe of his passion and clarity.

My conversations with him helped me reframe my outline for the sequel to Bobby, Bruce & the Bronx: The Secrets of Hip-Hop Chess. I created an outline for two more books as I was writing my new one. But being with him made me think deeper about what I was trying to say, and what elements of the history were missing.

It was an honor and I learned so much going to Words Beats and Life WBL Fest. I hope to do more in DC and more with them in the future. From there I got back on a plane about 7 PM and got shaken through more turbulence. Eventually, I got back to my wife and kids. It was amazing. Despite not getting any sleep for about 24 hrs,, it was something I will never forget.

In reflecting about my mellow mood through the escalating drama I have to credit my consistent meditation practice. I think it helped me stay in a peaceful zone. That, and I had mentally decided that like the comic book character Itto Ogami, nothing would stop me from getting there and doing my best. And nothing did.

More to share soon. Thanks so much for your support and taking the time to read this.