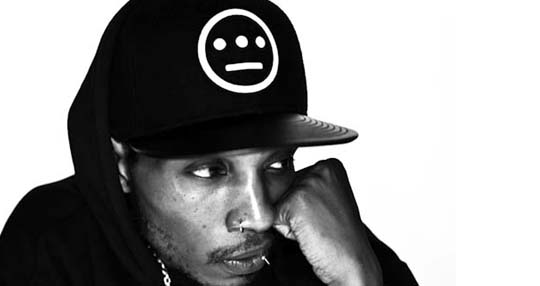 Del The Funky Homosapien from Hieroglyphics

Long before I began my path of promoting nonviolence to the youth, I was in a militant rap group. In our time were dope. Freedom T.R.O.O.P 187 was a political rap group that consisted of myself, DJ Robski (now known as Rob Flow) and Hi-low (who passed away). The acronym for T.R.O.O.P was Through Revolution Of Our People.

Jason and I  used to work together at Tower Records in San Mateo. I was from San Bruno, a suburb a few cities north. In my head he was always from Cupertino. But I don't remember. I do remember but was always running around with the most dangerous people from East Palo Alto. He was nice, but he was always down to fight people. Being super small, I liked that. 'Cause I was like 120 pounds. Jason did security. I was at the register. We were both half crazy and always into something. One day an old white guy stole like $500.00 of CD's from the opera section. Jason made him cry "This is a f*****ing felony man! Are you ready for jail?!" The guy looked like a rich George Constanza and was begging Jason not to get the cops. He was rich, too. So crazy. Every other person working there was a musician. So there was always madness in the store. But it was fun madness. Folks were drunk or high on the job all the time. I wasn't, because I was on some super militant sober soldier kick. I was always wearing the most politically charged shirts to make people angry. It worked.

We hit it off instantly and Hi-low used to buy records at Tower. Hi-low was cool with Digital Underground. He was the nerdy front desk guy in the Dowhutchyalike video. He was also a pretty good musician. That is how things came together. I was wearing a Lenchmob shirt Del gave me at Costco and Rob was running the register. He asked me how I got the shirt. I told him I was knew Del and I needed a DJ. Just like that, Freedom T.R.O.O.P. 187 was born. [Rob hit me and said we met AT The Gavin Convention and then I came to Costco. Due to being old, I will go with his recollection]. 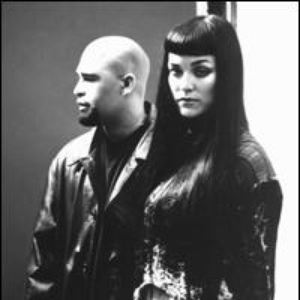 Over the years we opened for Gangstarr and Organized Konfusion, Yo-Yo, Brand Nubian, Paris, Invisbl Skratch Piklz, The Coup. Lighter Shade of Brown, Onyx and others. Our shows had live martial arts on stage, we gave away Malcolm X Autobiographies and we did a lot of work at local colleges. Hi-low was crazy smart and he introduced the crew to the wisdom of Dr. John Henrik Clarke, Dr. Ivan VanSertima and Dr. Ben (giants of Black history). We would go to their talks and soak up wisdom and try to share their ideas in our shows and music. If you rememeber the Bay Area scene of the late 80’s and early 90’s we were there doing it. We were at the Omni, at The Stone, all kinds of undergound events. The day Hiero was on Home Turf (a legendary Hip-Hop show in the bay) I was on that same show. It was weird being a writer and a rapper. But I loved it and the group was well respected.

We would have huge parties at Hi-lows loft in Oakland on High Street. Author Danyel Smith used to live across the hall. She like me was an aspiring writer. He spot and Hi-low's spot were huge places for incredible parties and social events. Hi-Low had super high ceilings. One of his boys put a HUGE parachute to the walls about half way up. Then Hi-Low had this heater that was like a small jet engine. They would start it, and the parachute would catch the heat. All these dudes would come and smoke mad weed and the could would be under the parachute. They would always try to make me stay under the parachute to get me high because I didn't smoke. The after parties after our shows were pretty big and pretty crazy. Hi-Low would always play Israel Vibrations, deep roots reggae, dancehall and Hip-Hop. It was a truly divine time to be young and Black in Oakland. I learned so much about music, life, art, wisdom and the power of people of Oakland.

Those were the years when I met Sunspot Jonz, Living Legends, Davey D, Disposable Heroes of Hip-Hoprisy, Elements of Change, DJ Kevvy Kev, Brian Samson, Eric Arnold, the 4080 crew, The Gavin Convention (music conference) was popping and Thembisa M'Shaka and others made the bay a major hub for Hip-Hop. I'm leaving a lot of people out. But my heart remembers all of you. 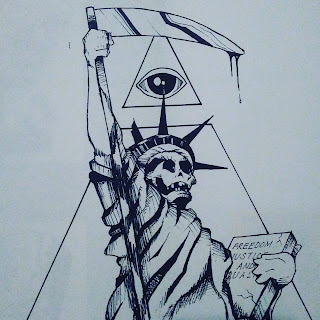 We didn’t just rap though. We were active in the political scene. We were at every politically related rap event. If Chuck D, KRS ONE, or a noted African historian was in town, we were there 10-15 deep.

In the middle of working on our first album, most likely to be called Ages in Chaos, Hi-lo was caught up in a legal situation. While he was locked up the future of the group was really in peril. Rob and I were unclear on what to do.

I met Del years before his album came out at the home of a woman Black Panther named Kiilu Nyasha. She taught political science classes at her home. I met Del, there back when Ice Cube’s America’s most wanted was out. I broke the first story on Del in The Source and later went onto write the first story on Hieroglyphics for RapPages Magazine. Some of this was talked about in the award winning film Til Infinity.

Money B from Digital Underground’s dad (Bobby McCall) was the group manager at the time. We did shows all over the bay and we were covered in Spin, East Bay Express and a lot other publications. We were super militant, but we kept shows fun. When Hip-Hop (even political Hip-Hop stops being fun, it starts dying). We would go hang out in Oakland at Mr. Floppy’s. People said it was an old prostitution house. It had crazy rooms and stuff. People would be everywhere. It was down the street from Laney College in Oakland. The times were so wild. At any time in and around Oakland and Berkeley there might be a huge political debate about Malcolm X and the NOI on one corner and a huge rap battle or dance cypher right across the street. This was often the case in Berkeley by Leopold's records on Durant and Telegraph. 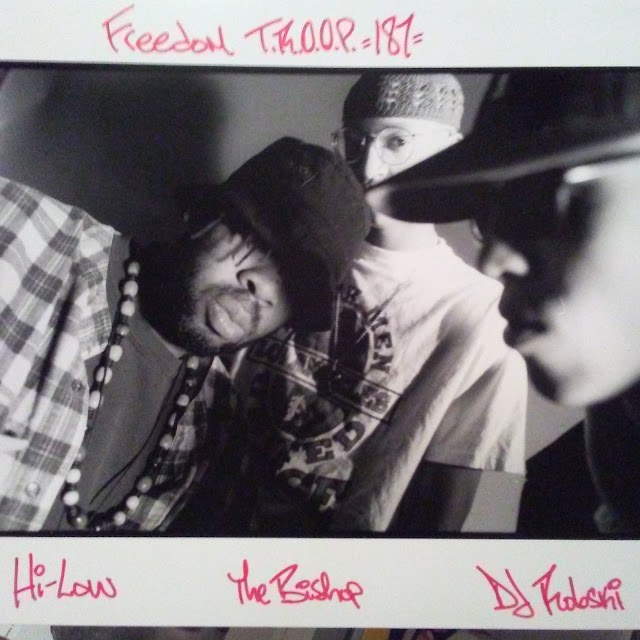 L to R Hi-low Adisa, The Bishop and DJ Robski
This is the only photo of Freedom T.R.O.O.P. 187

With Hi-low out, Rob and I took some of his verses out to do remixes of some of the songs. We did What You Know with Del, and we did Right Turn Down The Wrong Street with Boots (who I met years before The Coup as a DJ from my first DJ crew went on to be his DJ). I also recorded a song with Pep Love and A Plus that also never came out. The Del and Boots remixes were recorded at Jason Slaters house in Cupertino. He is now a well known producer of Rock music (Snake River Conspiracy, Third Eye Blind and Queensreich). But he always was into Hip-Hop and made dope beats. These tracks here were produced by Rob. One of my favorite tracks we made was called Sad Song (about sell out Black people) was produced by another dope DJ/Producer of the time named The Great Gazoo of Squadron Black. It was the only song we ever recorded that Rob did not make. It was right before Hi-low got caught up.

We recorded the song at Jason’s house. I had gave Del the original version of the song with Hi-low on it. He wrote the first verse before he came to the session. The second verse he wrote there. In my first verse where I say "So what you know about that G?" We were supposed to have Rob throw in a line from Slick Rick "Cause I'm a fly brown brother and you can't school me!" but we never got it in. The song ends abruptly because he was unsure of how to close the verse. So Jason was like, “Let’s just act like the beat cut out”. So that is what we did. I thought we did this in 1992. Rob thinks it was 1994. The time was still largely a blur. So, I will defer to Rob on that.

Hi-low beat his case, but the damage done to the group was irreparable. DJ Rob started DJ’ing for Del. I made some solo tracks, but, I was always into the group thing and I let the mic go slowly.  Hi-low passed away from heart problems a little more than ten years ago. He will be missed. Some of our songs have been found again. This is the first few we plan to release. Most of it was never fully mixed and mastered. We may release it properly done in 2017 as a flashback album. More than anything, we just wanted to share a time capsule track. Share a little bit of what the bay used to be like. The production sound is perfectly 90’s. We hope you like it. I will post more soon.

DJ Robski changed his name to DJ Rob Flow is still a killer DJ and producer. He just dropped a powerful new album (you should cop, because it's hot) called Cameo Flows with Dinco D from legendary rap group Leaders of the New School. Rob to me is one of the best scratch DJ's on the planet. Truly, like DJ Premier instead of being a choppy DJ- he is melodic. This skill always made Premier a cut above. Rob is no less skilled in that regard.

Jason Slater is still making dope music and a true genius in my opinion.

Del obviously is a pioneer of the bay and a lyrical force of nature.

The Hip-Hop Chess Federation is still doing our thing (go peep what we are doing- right now!) and innovating education and nonviolence. I would have never thought all those years of militant music making in my youth would have made me a nonviolent educator today. But had I never been like that, I'd have never been like I am now.

Rest in Peace Hi-low. Thanks for everything you taught me.