What Are You Willing to Sacrifice in Chess and Life? 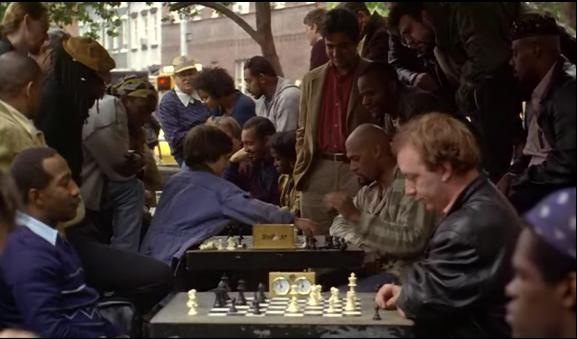 
You're dealing with a king not a kong out here/ You're a pawn, but we can get along out here!
- Jidenna, Chief Don't Run

These days mainstream TV has been pushing a lot of chess on the screen. Television shows like Fresh Off The Boat, Luke Cage and The Get Down all made chess references in the last two seasons. My boy Mike Relm even called me to tell me the movie Get Out had some references to chess and mma in it.

While a lot of popular players inside chess like to talk about the likeness of chess to life, very few of them are able to share consistent connections. It also hard to do it effectively and consistently. We all know it makes sense to make better decisions in our life. We all want to. Many of us struggle to. However, looking at the life of chess players like Paul Morphy or Bobby Fischer (who both went insane) or others like Mikhail Tal (who was an amazing thinker but was not the best at taking care of his health) make it hard to argue that playing chess alone ensures a good life ahead.

Nevertheless, American chess icon Josh Waitzkin's’ The Art of Learning is one of the best testaments to the relationship between life and chess. It makes looking at the way one can incorporate chess themes in your life digestible. This is important. Especially for someone like me, who is not a world class chess player.

The Hip-Hop Chess Federation (HHCF) is one of the only organizations dedicated to the chess and life strategies theme. We were founded on the idea to keep the connections between life and chess easy to understand and share with casual players.

One of my favorite examples of chess and life is found in the classic game from 1858 by American chess legend Paul Morphy in his game against Count Isouard and The Duke of New Brunswick called “The Opera House Massacre.” It was played in Paris at an Opera House. The Count and The Duke took turns moving the black pieces. 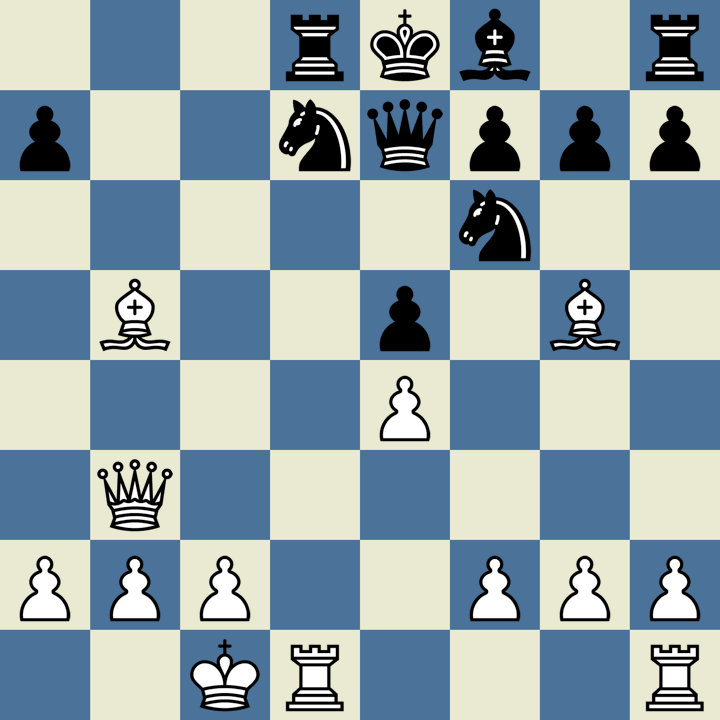 Move 12 for black is a pivotal point in the game. I always ask my kids (almost all of them beginners) who is stronger between white and black. I often get the response that black is stronger. My thought is that black is a better defender of their king, but they have zero active attacks going on. Meanwhile, white has more pieces active in the battlefield. In chess as in boxing, good defense is important, but it is equally important to making sure you have deliberate attacks happening as often as possible. 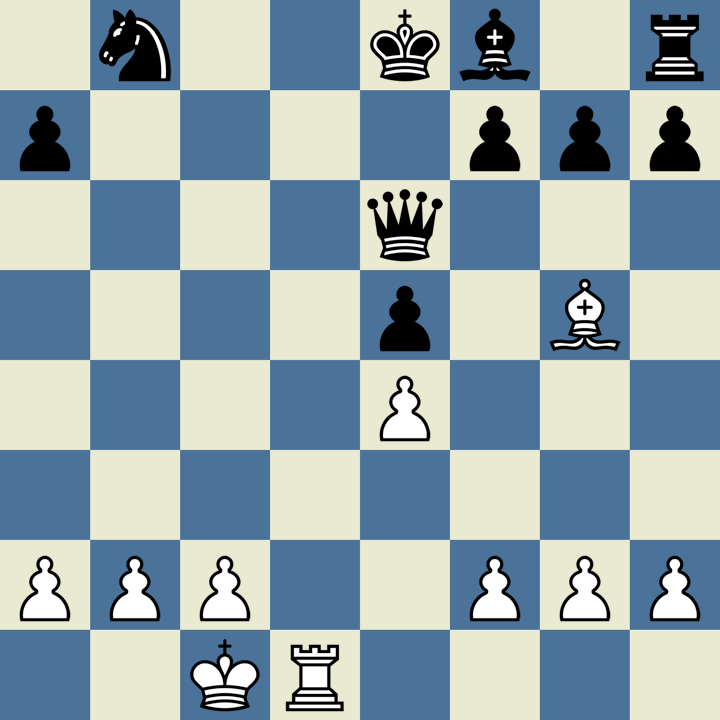 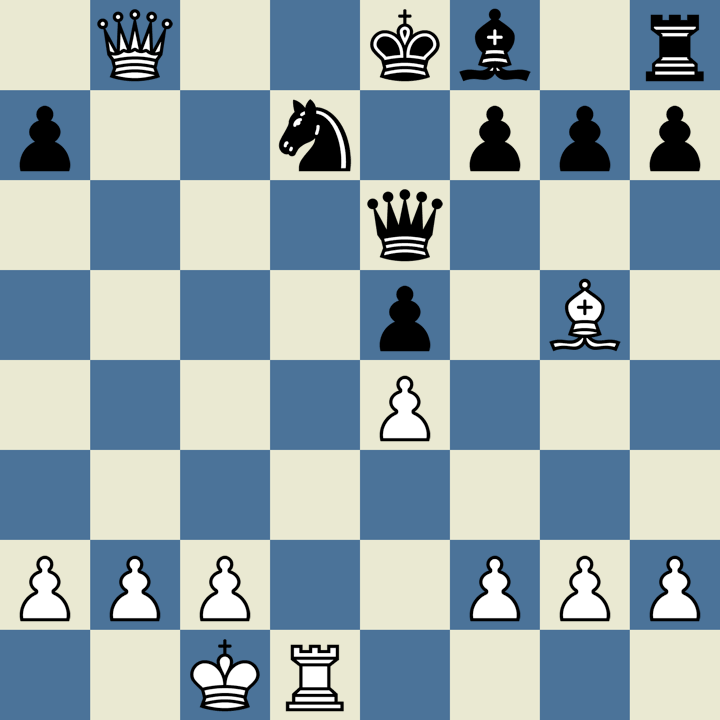 Moves 16 shows white running the queen to the back rank.  It looks like checkmate at a glance. That is only because many beginners forget to use their knights laterally. They tend to only move them forward and back. These two images are so crucial tactically and philosophically for us in HHCF. We talk about the importance of two things:

1) Morphy had clarity of vision. He saw the truth in the positions he played. One of the biggest problems in life is trusting yourself. Before many of us make a decision, we ask a friend or two “Is this a good idea?” Sometimes they agree, other times they don’t. Other times the response from friends is mixed. Very few of us can laser in on what we see and act from a place of inner conviction. Chess helps us teach ourselves to trust in the reality of what we see. It helps us form a habit of taking the best actions based off of that clarity of vision. One of the best ways to really make a habit of knowing if it IS what it looks like it is- is to play chess.

2) Sacrifice. The word sacrifice is defined as “destruction or surrender of something for the sake of something else.”  Sacrifice  is something you must give up or risk- for a greater good (we hope). We have to recognize though that anything you sacrifice is only worth it, if you win! So then let’s ask, “Where are the sacrifices we need to make to achieve our life goals?” Ask anybody (but especially kids) what they want to be, or do, and you get a lot of passionate responses.

Right now, there is a kid on a football team. Let us call him Rashad. If  is truly a top tier player he is spending a ton of time in the gym, studying his playbook, studying film, working hard to make sure his grades are up to par so there is no question about his eligibility. The entire time that is happening Rashad is missing out on school parties, on trips to the amusement park, on online shenanigans etc. Over the course of his high school journey, there are many social events he misses out on.

However, in senior year we see he gets a full football scholarship to a top tier university. Everyone at the school is so excited.  Very few of his fellow students, friends or family realize the years of sacrifice it took to get that opportunity to come to life. “Rashad is so lucky!” they say. Never considering all the years of study and effort it took to get “lucky”. 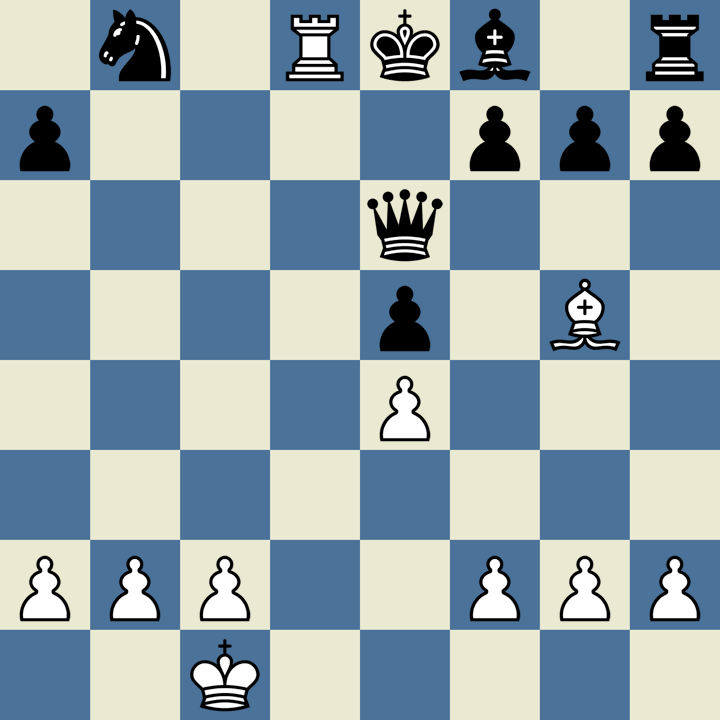 The question for my class (and my question for you today) is what is the queen sacrifice in your life right now? The queen is powerful, dynamic and brings terror to her opponents on sight. No person lightly gives her away. One only sacrifices her, if they are clear that victory is sure. Training yourself to be willing to let go of the queen is so hard. Few of us can do it. I wrestle with it often. But it must be done.

As on the board, so in life. Next time you are thinking or talking about anything major that you want to accomplish. Think about the last three big things you did to actualize that goal. If it is diet related, don’t lie to yourself about the cookies you snuck in last night. If it is financial, don’t forgive yourself for for spending money you could have saved on shoes.