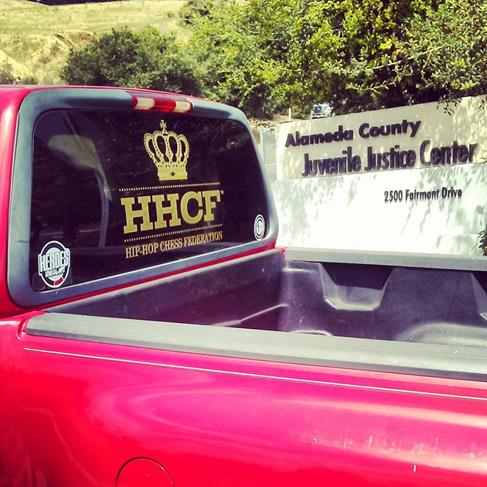 OK, so my second day I go in and things get real intense, real fast. The kid with the tats who I played and tried to connect with came in tripping. One of the things about the hall is that things happen there that you don’t know about and cannot control. So even if you come in super positive the internal power struggles between the kids, staff and the kids within themselves can make things volotile.


He came in with another kid and though they were in my room there doing what I call “The ostrich thing.” That is when they pull their sweater over their head and put their head on their desk. I don’t tolerate that kinda activity.


I asked them to chill and show respect to the lesson and the time I’m sharing with them. Both sat back up. Later, he starts talking to his boy about street drama and his case. I remind him he needs to quiet up. He starts poppin’ off dropping n-bombs and stuff. I just calmly walked over to the door and had the JIO ‘s (like a CO for juve) come take him out. He was pretty negative on the way out, but the rest of the class was chill.


The rest of the DAY was chill to be honest. I must say though that the peanut butter colored walls and fluorescent lighting really messes with your sense of internal peace. We worked on how to use your rooks together and I showed them the famous Opera House Massacre game by Morphy and talked about the importance of consistence. “What is the queen sacrifice of your life? How seriously are you taking yourself, and your actions irrespective of who you think is ‘hating’ on you?”


They got it. The gaming that day was super positive and fun.


I had some great games with the kids who I played soft the day before. It was a nail biter from front to back. 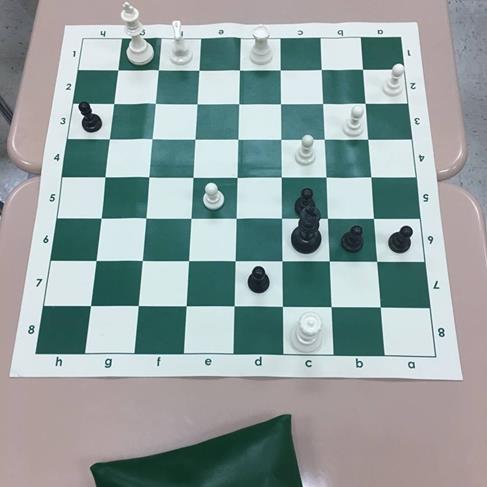 When came in the hall I had my first thoughts ready to go. The kids came in super positive. I told the JIO’s that I would not be taking the kid who was disrespectful from the day before. I opened by giving them some hard, straight talk to realign their collective purpose.


I wrote in huge letters on the whiteboard: INTELLIGENCE WITHOUT DISCIPLINE IS A CURSE!!!


I reminded them that I chose to be there. “ I struggled with drinking and I did a lot of stupid things in high school, but I never got caught” I told them. “ I dropped out, I had to teach myself the bulk of everything I’m doing today. But I need you to respect my time. If you are not interested in living better than you are, go back to your room.” I let the last sentence hang in the air to emphasize my seriousness.


“You know, between the games I hear you all talking about how the streets love you. How the block has your back. But when I come in the morning, I don’t see any of them in line to see you. Nobody is checking to kick it with you. Where all that hood love at?! I don’t see it” I spat defiantly. You should have seen their eyes. They were staring me down with a lot of raw emotion.


“We can’t have friends here. Only family!” one of the boys snapped back.


Before I could respond a JIO in the room with a voice like Barry White yelled out “So what?! Where y’all letters at? Ain’t nobody writing y’all. Keep it real! Nobody checkin’ for you.” Then he looked at me and nodded.


“The hood ain’t missing you. The block don’t miss you. The block don’t miss me. None of us are special and when we are gone, it keeps going on. My point of saying this is not to hurt your feelings. My point is to ask if that is a fact, why do some of you come into my class and waste my time and my knowledge and wisdom that I am trying to bring to you.?!” I was not yelling, but there was what Bruce Lee would call “emotional content”.


“For the rest of your life, it is unlikely that you gonna meet someone that knew Pac, knew The Jacka, knew Eazy and saw some of the greatest to ever do it- do their thing.” I was wearing a college sweatshirt. I pulled on the shirt at the shoulders and said “These colleges I speak at, I taught myself everything I speak on. I guest lecture there because of all the reading I did. All the hours I put in to get that knowledge. I bring it to you from a place of love because I know you don’t understand everything waiting for you outside.”


I paused to let that sink in.


“Most of you don’t even understand how you got here. I can tell you a little bit of how it happened. In 1967 the FBI rolled out to programs. One was called BLACKPRO and the other was called COINTELPRO. Both were aimed at undermiing Black leadership coast to coast. They had an army of 3,000 informants.”


Now before this keep in mind that J. Edgar Hoover, one of the early heads of the FBI was trying to get Black people to take heroin. But Blacks at the time did not like needles. This was back when most of your grandparents were young. In the 80’s White middle class and rich kids did cocaine powder- but Blacks did crack. Whites got short sentences for powder. Many Blacks and Latinos did life for crack.”


“Today, you kids are all taking syrup. Codeine, promethazine, percocet, etc. All of them are opiates- liquid heroin. You are living the dream that Hoover wanted for your grandparents.”


One of the kids interrupted me. “Stop talking about syrup so much. I want some right now.” a boy confessed without reservation. Despite being under 16 his favorite drink is percocets dissolved in Patron. So scary.


“Look” I continued “The closer you are to those drugs, the closer you are to making a mistake that will get you locked up. It is not an accident. Y’all are kids. Alcohol is illegal right? So how is it that billion dollar pharmaceutical companies are able to lose all this top grade syrup and it just happens to be available for cheap in your hood? How is it for sale by your homies at school. Because it is not an accident.”


I pointed to the a digital display of a chessboard. Right now, in the game of life, you are all in check. It is almost over for you. I hope you realize the seriousness of the times you are living in.” By now the room was pretty silent.


“What is the good thing about being in check though?” I asked the strongest Latino chess player.


“He nodded as he spoke to the class “There is still a way out.”


“EXACTLY!.I cried out. “ Exactly. There is still a way out. That is the blessing. I’m telling you now. Stay sober, study, play this game and find your way out. Let me do that for you. The game ain’t over. You can win this, but let me help you.”


From there we went into studying knights. The games were amazing. The one who admitted his addiction played the hardest and came a long way. Monday he did not know the how the pieces moved. Today he was losing, but he was checking people and growing with the game.

I lost a game to a kid after a foolish exchange. Tomorrow, I'm gonna go super hard. These kids are brilliant.


I took some photos of some of the games that got played. I cannot take pics of their faces. But you see the high cognitive function of the kids. A lot of these teens are considered ADD or ADHD. But look at the high level cognitive function happening. Kids this smart should be recruited by Google, Microsoft, Facebook, Twitter and Oracle. They don’t need to hire folks from Asia, India, Africa and China. They can go to NY, LA, Chicago and St. Louis and raise American minds to do this work. Fantastic American genius is being abandoned everyday simply because they were born Black, Brown or poor. Our technology companies need to take big steps to fix this.


I love these moments. I love these opportunities and I thank you for taking the time to read this blog.

PARENTS: Below is a huge song called “Mask Off” by Future that openly promotes the use of “molly” percocets and other opiates to our kids. This style is called Trap Music. The trap is, that if the kids soak in songs like these it leads them to the trap of addiction. I love Hip-Hop. But old school music always had a balanced dialogue. All the popular music on the radio and TV these days is sadly in this vein. Peep the beauty of the melody. IT is an amazingly well produced track. If I didn’t know better, I’d think Future was hired by Hoover.
at June 28, 2017