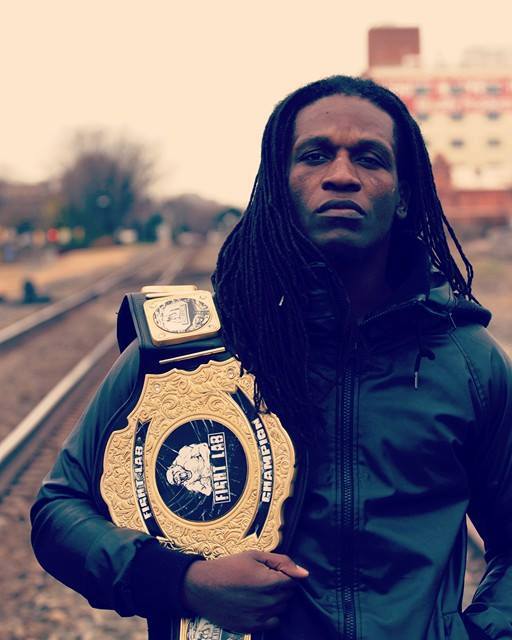 In MMA a lot of people come and go. A lot of people get into MMA for all the wrong reasons. Some do it for money and others for a quick flash of glory. D'Juan "Dirty South" Owens is none of the above. Mr. Owens is fighter with proven resilience. He is a fighter with a purpose greater than himself. Before doing MMA he was a competitive chess player in the military. Mr. Owens is also an avid kickboxing practitioner and a Hip-Hop dancer.

He recently won the Fight Lab Title between multiple visits to Uganda and Senegal teaching women and children dance and self defense. There is truly no one like him in MMA today. His passion for the rhythm between martial arts, chess and music truly makes him stand out inside and outside the cage. 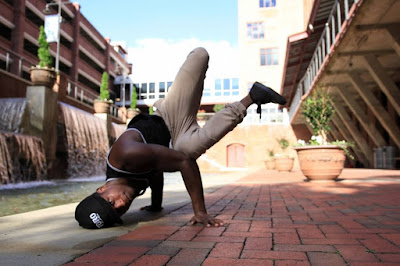 D'Juan finds many correlations between dance and martial arts.

HHCF: You visited both Senegal and Uganda this year. Tell us what you were doing out there?

DO: My latest visit to Uganda was on behalf of a non-profit we started in 2016 called "Fighting for Uganda". We teach free community self-defense seminars throughout Uganda. The focal point of our self-defense seminars is gender-based violence prevention(not limited to). During our lecture portion, we discuss situational awareness, domestic violence, and common misconceptions about consent. This is followed by out technique portion.

I traveled Senegal to work with an organization that I'm now a member of called the "Lionheart Initiative". LHI focuses on spreading and developing the sport of MMA in Africa. I came in contact with LHI founder AK Rupert late last year, and we hit it off instantly. We realized that we shared similar values and priorities, and almost immediately we started planning a project where I would teach MMA and self-defense seminars there.

DO: There's so many man. Movement, rhythm, creativity, timing, and execution come to mind first. It's all art to me. Depending on the artist or practitioner, they can also be seen as systems. 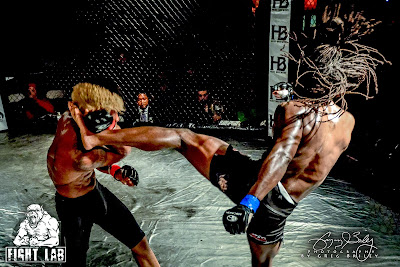 HHCF: Do you see rhythm in both striking and grappling?

DO: I see rhythm in striking much more so than in grappling. Due to the space or lack of constant contact in striking, movement really can't be stopped. An avenue can be blocked, but not all avenues at once. Grappling provides so much more control for the dominant grappler. At this point in my development, I don't see grappling as rhythmic. All art isn't rhythm based though. It's definitely art.

HHCF: What are some of today's rap artists that you like?

DO: I'm really impressed by Quadir Lateef, Blitz the Ambassador, and Jay Electronica. I've got a lot of respect and appreciation for many more; but these are artist who I believe are extremely talented that Hip-Hop fans should get familiar with.

HHCF: Congratulations on winning your Title Fight last weekend! Tell us about the fight, and what this win means to you.

DO: Thank you brother! After a hard-fought battle we won "Fight Lab Promotions' " inaugural lightweight Title! The fight went on all five rounds, and we won by Unanimous decision. We had a tough opponent, who definitely came to win.
This win was the exclamation point on a perfect year of competition success. We went 2-0 in MMA, 2-0 in pro kickboxing, and went 2-0 in grappling superfights. 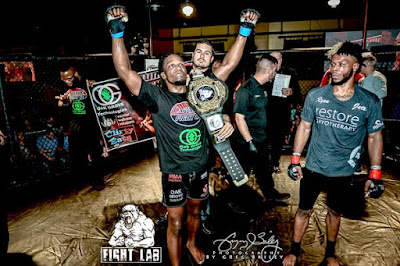 DO: In 2018 I'll continue to improve as a martial artist, and as a MMA fighter. I'll also continue to compete and win. I'll defend my Title every time I fight for "Fight Lab", and I'll pursue and win a Title in any other organization that I fight for. I'm operating at the highest level of proficiency and efficiency in every aspect of my life. I'm actualizing potential.

DO: Much love and respect to everyone out there striving and grinding toward their goals!

Adisa, The Bishop is author of the book Bobby Bruce and the Bronx: The Secrets of Hip-Hop Chess and Guest Curator of the upcoming exhibit Respect: Hip-Hop Style and Wisdom opening March 24th 2018 at Oakland Museum of California.
at January 28, 2018