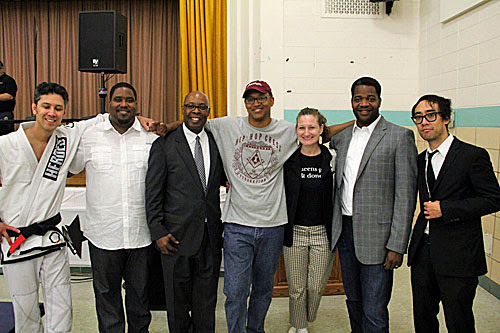 2013 was a busy year for the HHCF. We just wanted to take a minute to think some folks who helped make 2013 a year of growth despite the struggle. If you for some reason do not see your name, you have to know that the HHCF is deeply appreciative of every person, for every ounce of help given. Know that if you need us to return the favor we will be there.


This year HHCF had a chance to present at a small event at Harvard University. We love Harvard (Adisa was lucky enough to have spoken there twice before). With the help of RZA from Wu-Tang Clan Adisa was able to get there. It was a great presentation.


Shoutout to Brian Coleman for his help in getting Adisa there, and being a fantastic host. Most people don’t know Adisa went straight from SF, to Boston, to a short nap, to fly right back to LA and shoot the Opera House Massacre. Then he drove with Gumby and his amazing wife Pam right up the coast to back to SF.


This was a project created by HHCF and video wizard Mike Relm to illustrate the connections between chess and jiu jitsu. Even got some cool support from Jesse Cale, Gumby, Henry Akins, Rener Gracie and Rakaa Iriscience. When it first dropped, I knew as peoples understanding of chess and jiu jitsu grew, the video would grow with it. We’ve got just under 40k hits and growing! The beat bangs, and moves are crispy. We will plan to have more experimental vids about Hip-Hop, chess and martial arts coming in 2014. Shout out to the World Chess Hall of Fame for supporting us pushing the artistic envelope on that one.


This was shot at Are 51 (aka secret location at Youtube film center in LA). They were amazing and everybody who helped make it happen- we love you.


Anita Abedian did a great story on HHCF in the SF Examiner. It opens with a story that illustrates the extent HHCF Founder Adisa Banjoko is willing to go to get a message to kids who are forgotten by many. 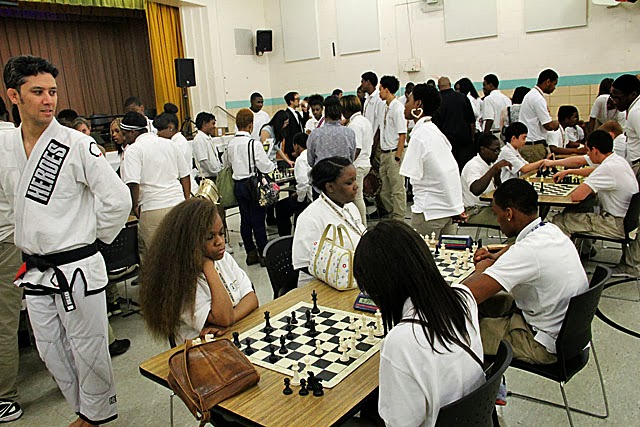 HHCF having fun with the youth at Innovative Concepts Academy in St. Louis


HHCF Sets it Off in St. Louis


Because of the kindness and open mind and spirit of Jennifer Shahade, we got an invitation to do some education events in St. Louis by the World Chess Hall of Fame. WCHOF Director, Susan Barrett has an amazing team (shoutout Laura, Shannon and Amanda) and amazing vision for how chess can help kids. The HHCF brought a team of folks including Gumby from Heroes Martial Arts, rapper Asheru, from the Boondocks Theme Song, Dr. James Peterson and Mike Relm. We went to Judge Jimmie Edwards Innovative Concepts Academy, Confluence Academy and St. Louis juvenile hall talking about how chess and enrich young minds and lives.


Beyond that, we got to work with and learn a lot from Jen, Maurice, Yasser and all the other cool folks from the St. Louis Chess Club (what up Mike and Matt!). Plus the food was off the hook.


It was like going to the Mecca of chess. It really helped us understand the purpose of HHCF and the heavy lifting that must be done to save American minds. We look forward to doing more amazing things with WCHOF in 2014. We can’t wait to get back out there.


This year Rakaa Iriscience ( a tireless warrior for Hip-Hop Chess Federation) connected us to magnificent art and mind Blayne Barlow. He runs a clothing brand CTRL Industries. They promote self control and showcasing the beauty of jiu jitsu subculture. We did an ad together with one of the best jiu jitsu raps ever done by Kalhi . Shout out to Chris and Christine Nguyen, David McLeod and Yin Dumela for making such a great commercial for CTRL’s Rook II jiu jitsu kimono.  You can listen to an extended version of the song with an intro from Ryron Gracie right HERE! Just click the player to the right.


This was a talk our Founder, Adisa Banjoko gave to more than 300 students from across San Jose. It got a fantastic response and it illustrates why HHCF is leading the charge for education innovation. 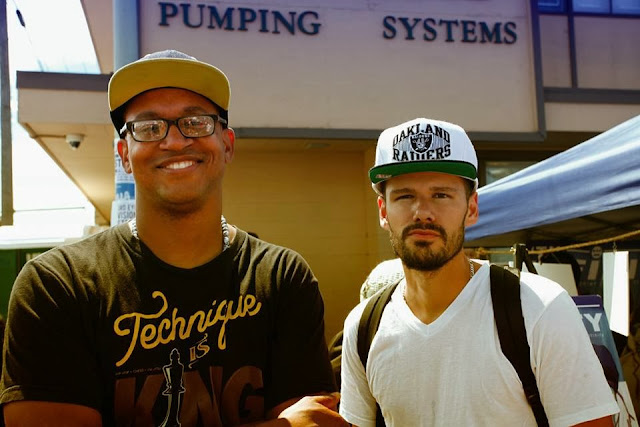 Adisa Banjoko and music producer Ronnie Lee at Hiero Day holding down the 64.

A lot of what we do, specifically has been kept in the dark by design. It was not done to be sneaky, the HHCF methodology has been being tested for the last 7 years now. But this year, HHCF Founder decided to share more of what is happening and why this odd fusion of Hip-Hop, chess and martial arts works. These were things beyond 3PA > 1NT and the PPC Code. Articles like One Big Chess Game, A Techincal Flow and Chess Clock began to highlight their unique approach to how chess and life are connected. Some of these articles will be published in full form in Adisa Banjokos’ upcoming book Live The Game slated for release in May of 2014.


HHCF ended the year releasing a FREE profanity free mixtape. Twenty-five powerful songs from artits from all over the world that deal with peace, love, unity and having fun. DJ Rob Flow and Ronnie Lee led the music charge on this project. Songs like Chess Clock, One Big Chess Game, 64 Squares in the Cipher and others really showed that HHCF is on another level and unlike any other organization out there.

OPEN THE WINDOWS AND LET THE BLOCK KNOW WHO YOU ROLL WITH!! #HHCF 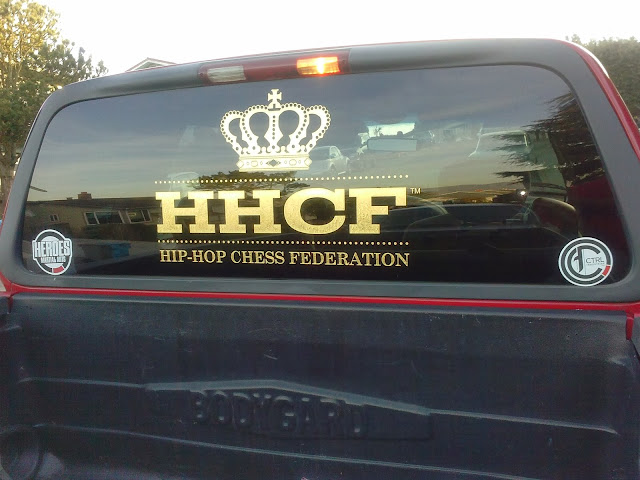 LISTEN:  Karma of the Streets by Tyson 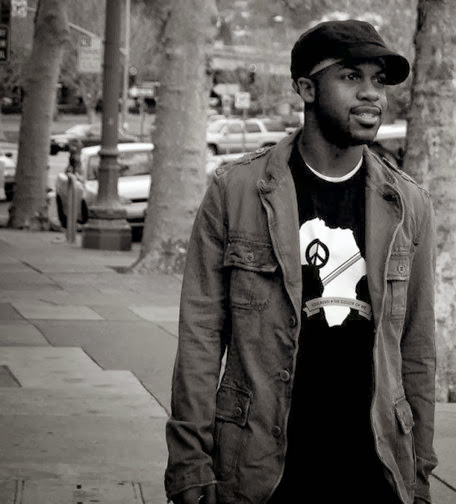 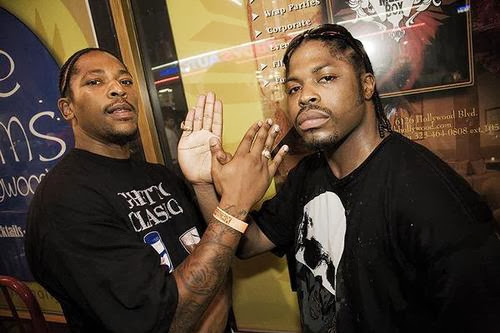 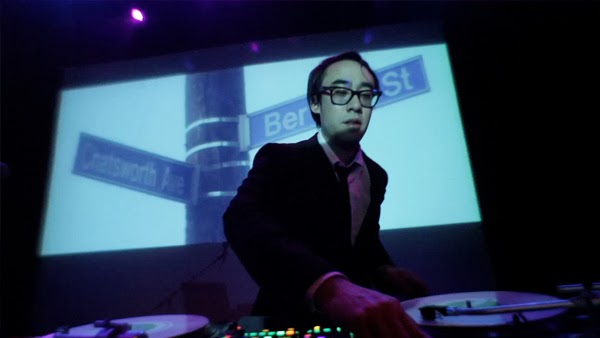