Chess and Jiu-Jitsu: Destruction of A Guard


Chess and Jiu-Jitsu: Destruction of A Guard
By: Adisa Banjoko, Founder of Hip-Hop Chess Federation

I play chess, but my past is checkered/ The mic and I are like staff and sheppard/ When I apply science, my maths perfected, gotta move with proper tools for task selected - Ka, Peace Akhi

In the interest of furthering the discussion on chess and jiu jitsu, I wanted to share a reflection I've given thought to for quite some time. I find the connections between chess and jiu jitsu fascinating to the mind and enlightening to my heart. The interconnectedness between these arts and sports has given me much genuine inspiration over the years.

Recently I have been combing through tons of old DVD’s and  of VHS of classic jiu jitsu matches from the late 1990's. I’m talking about early matches with legends like Roleta, Marcio Feitosa, Mario Sperry, Terere, Jacare, Saulo Ribero, Fabio Gurgel, Gordo- all the OG’s. Its really exciting to observe how certain techniques disappeared while others stay or evolved. I have to assume that looking back in chess history certain evolutionary themes rise and collapse over time. Nevertheless some elements never will never die.

In chess, there is a theme called Destruction of a Guard (or removing the guard). Essentially it’s a tactic where you focus on attacking the pieces that are protecting the bigger pieces you are going after. Maybe its a knight in front of a queen you hope to capture. There might be two pawns and a rook preventing you from getting to the king. The process of capturing those pawns and rook, or getting them to move off of the squares they are on- is destruction of the guard.

Jen Shahade has a great chapter on this topic in her amazing book Play Like A Girl. 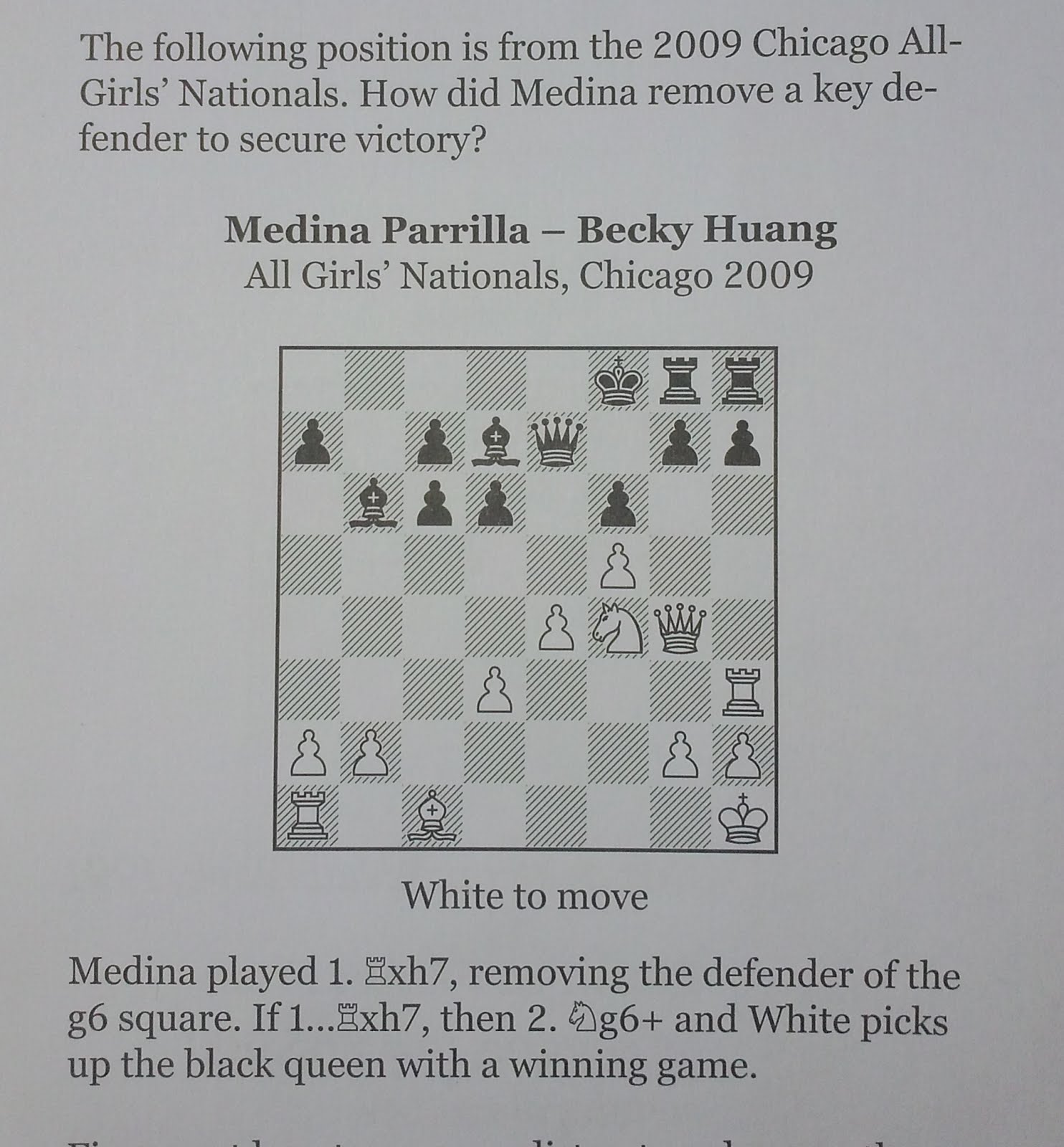 When people watch MMA and BJJ, there is a correlating physical position call “the guard”. Traditionally it's called "the closed guard" where one person is on their back (with a person on top of them, who is attacking) but the person on the bottom has both of their legs wrapped around their opponents torso. This takes a lot of mobility away from the person on top and leaves them vulnerable to direct attacks and reversals. For the person on top, until he or she gets past the person on the bottoms legs, it will be almost impossible to win. They must “destroy the guard”, commonly referred to in BJJ as “guard passing.”  I should note that there are many guard variations outside of the closed guard including "open guard", "butterfly guard", "X guard" and "rubber guard" among others. Each have their own nuances that turn every match into a positional  minefield (much like chess). 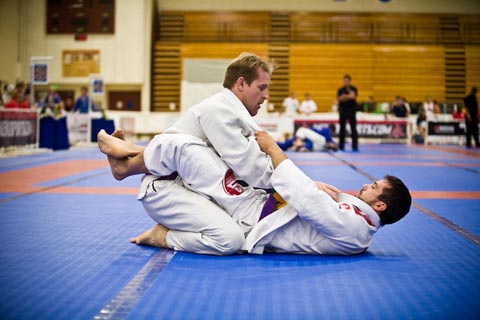 The jiu jitsu player on the bottom wrapped his legs around his opponent's torso securing the closed guard.

Here are some easy to understand examples of the countless elements of guard passing in jiu jitsu.  Jason Scully also has a cool video about guard passing that shows you many of the positional variations  when passing someone's guard. Having clarity in the full balance of power within the position, understanding threat assessment and your opponents  potential counters are key. Destroying the guard on the chessboard or the mat can be tricky at best, dangerous every time and if done without full focus- absolutely fatal.

A secondary theme in the concept of “destruction of a guard” in jiu jitsu is when one opponent is on top (after passing the guard and transitioning to the mount) and is trying to secure an armlock. However, his/her opponent (knowing they  are in danger of tapping out soon) defends the armlock by grabbing their opposite arm, or gi to prevent hyperextension of the elbow joint. Ryron and Rener Gracie have a fantastic presentation on various tactics people use to defend the armlock. Their video is a perfect illustration of the destruction of a guard.

Womens MMA sensation Ronda Rousey breaking the defending grip of her opponent to finish the armlock. 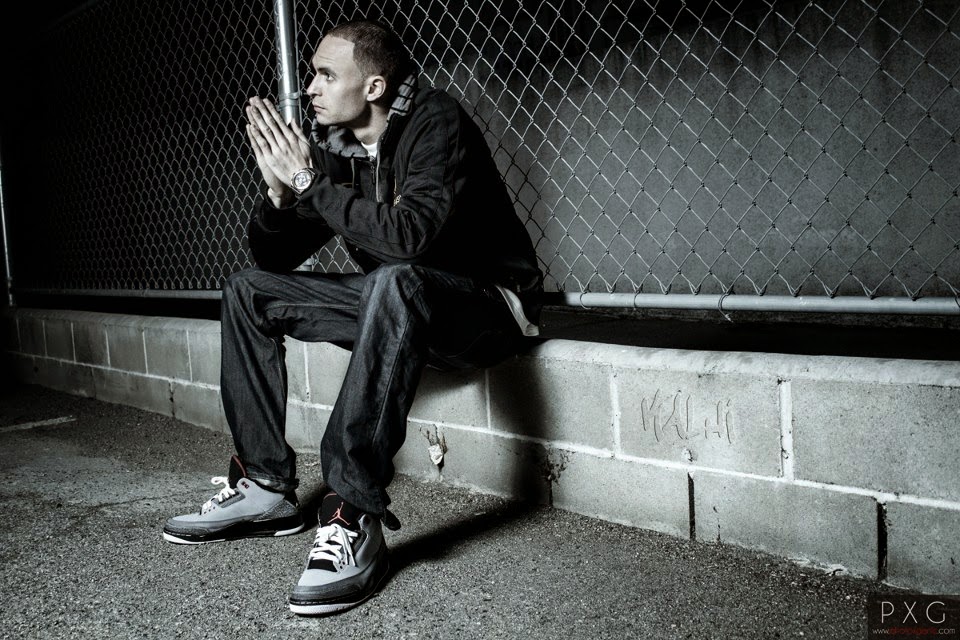 When the HHCF dropped the Street Games Vol. 1 Mixtape with DJ Rob Flow, there was a huge positive response around the world. Nobody expected a profanity free mixtape to be so lyrically aggressive and educational. Rapper Kalhi, based in Geneva Switzerland had arguably one of the mixtapes most standout tracks with A Technical Flow which featured UFC Coach Ryron Gracie. If anyone had any questions about the connections between Hip-Hop, chess and jiu jitsu- he answered them!! Kalhi recently dropped a new mixtape called Round 1 which you can download right now! In the tradition of Gangstarr, Nas and others he gives his heart to the mic. Its a very impressive mixtape in terms of its production and lyrical content (though kids will want to get their parents permission). In this interview we talk about the impact rap had on his life, being raised between The Bay and Geneva, his love for martial arts and his plans for the future.

Where are you from.and what are your earliest memories of rap?

I was born in Berkeley California. My father is from the Bay Area but my mother is from Geneva

Switzerland. When I was a few months old, my parents decided to move to Europe, so that’s

where I grew up until moving back to the Bay at 18.

My earliest memory of rap was when I was about 5-6 years old. A friend of the family got me

my very first album as a gift, it was Mc Solaar (french rapper who you might know from a Guru

feature back in the day). No turning back ever since…

I understand you learned English from Tupac and Nas albums? Is that true?

Yeah in a sense that’s true. I definitely got the basics from my father speaking to me in english

as a child, but the way I talk and especially the way I rap was molded from listening to Pac and

Nas mostly for sure. That’s why I can say that in a sense I learned a lot of my english through

What else have you learned through Hip-Hop?

I really feel like Hip Hop was my third parent in a sense. I was conscientious enough as a kid

to pick the right artists to listen to, but I learned so much I wouldn’t be able to list any particular

thing. Hip Hop IS part of me, and who I am period. Hip Hop helped raise so many kids, and I

Tell me about your latest project?

I have a mixtape coming out at the end of january 2014. It’s been a LONG time coming! I’ve

been rapping for about 14 years on and off, but never took it seriously until last year. This

project is my “baby” in a sense. This one sets the bar for what’s to come this coming year for

You also have a history with martial arts. Tell me about that.

Hip Hop and Martial Arts are the two main pillars in my life. If you want a common denominator

to anyone I have met and done business with or anything in between for that matter, you can

literally trace it back to either Hip Hop or Martial Arts (specifically Muay Thai and Jiu Jitsu).

couple years to play soccer (like every kid in Europe), but got back into it with kung-Fu when

I was 11. From there, I heard about Muay Thai when I was 14 and never looked back! Fast

forward to 2007 when I started Brazilian Jiu Jitsu with the Cesar Gracie Fight Team. Since then,

while I was a student at UC Berkeley.

You got a huge response from the CTRL Industries ad. Did you expect that?

To be honest I didn’t really know what to expect. But one thing I knew for sure is that it’s really

my family and girlfriend for always being there for me, and my close friends as well. I also want

to thank everyone around me who’ve been supporting me from day one, they know who they

Download his new mixtape Round 1 at www.kalhimusic.com
at April 16, 2014 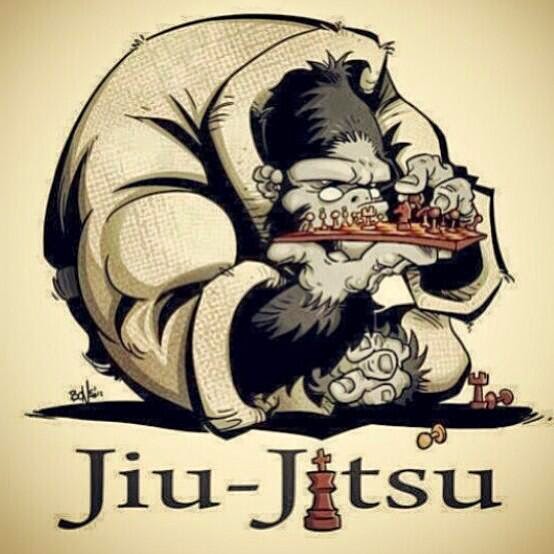 By: Juan Martinez
What do hip-hop music and chess have in common? The answer is simple according to Adisa Banjoko, the founder of the Hip Hop Chess Federation (HHCF), a non-profit organization that combines music, chess and martial arts to help young people promote nonviolence in their communities.
The art of rap and the game of chess are extremely competitive and difficult to master. In a game of chess, two people battle each other by making strategic moves on a board that has 64 squares. In a rap battle, two artists seek to display mental superiority, using similar survival strategies to a chess player, except that they duel with the wittiest rhymes to win.
Although Banjoko’s traveled all over the country organizing community outreach events, the Bay Area holds a special place in his heart. Banjoko once lived in Oakland and was a part of the ‘90s Bay Area hip-hop music scene. Currently, he is teaching chess and life strategies to students at Encinal High School in Alameda through a partnership with his friend John Fuentes, who oversees the after-school high school program for Bay Area Community Resources (BACR). From now to the end of this school year, Fuentes’ goal is to have Banjoko teach chess at several Oakland high schools as well.
Read the full story: http://blog.sfgate.com/inoakland/2014/04/11/qa-with-hip-hop-chess-federation-founder-on-partnership-with-east-bay-schools/