Another gem from the Green Castle Block!!

A fantastic video by Jrobi on the Danish Gambit

Anybody who questions Hip-Hop & Chess...Look below 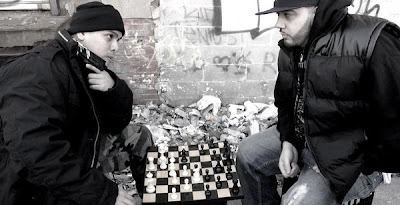 Immortal Technique has a new album dropping June 24th The 3rd World. He has been, and continues to be a selfless supporter of the HHCF. When I was recently at O'Connell High in SF, I met a young Guatemalan kid named Kevin, who was a major fan of the Peruvian born MC.

I called Immortal Technique on the phone and let Kevin speak with his idol. One cannot describe the joy in his eyes as he heard Techniques voice on the other line. He gave the youngster some positive words and put Kevin in Hip-Hop heaven! Any rapper who is sincere about serving their community, is a rapper we'll always support. Look how many kids showed up to see his last talk....


Parents should be advised that Immortal Technique records have lyrics that are not intended for children.

OMG, if you have never been inspired by the way of the warrior- observe and reflect deeeeply!

Judo Olympian Rhadi doing what he does BEST....Slamming people with precision...

Warriors too, train the body, but they also use the the body as a vehicle to train the mind, calm the spirit, and find goodness and beauty, dimensions that sports lack.- Moreihei Ueshiba (founder of Aikido) 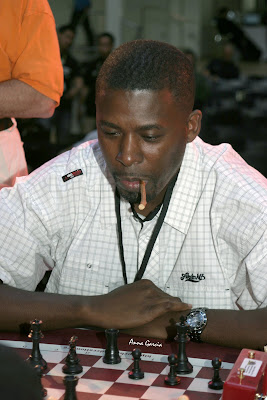 
Wu Tang Clan's The GZA is embarking upon his first ever Liquid Swords Tour, which features the rapper performing selections from his 1995 album of the same name. The cross-country tour kicks off August 21st at the El Rey theater in Los Angeles, California and will hit 19 cities before winding down September 13th at Harpers Ferry in Boston, Massachusetts. During the tour, GZA will also debut new material from his upcoming new album Pro Tools.

Full tour dates are listed below:

Congrats to the great thinker and warrior Ralek Gracie for his latest win. 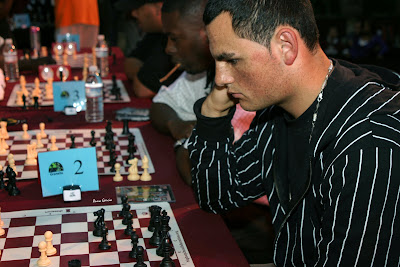 
Ralek Gracie is one of the latest to emerge from the new generation of the Gracie family. Just to give you an idea....Raleks father INVENTED the UFC....No joke.

But he is not just a fighter. Not long ago, he became a new father. In this interview we talk about what it means to train properly in jiu jitsu and MMA and his quest for higher understanding. For the record, this interview happened before his cancelled grappling match with Cro-Cop.

AB:How have you been training lately?

RG: Every day I try to do something twice a day. It can be a hard run, or al lift. It might be a full training session. I might do a fight simulation. Where I go 5 rounds, plus some extra. I'll go with a fresh guy each round, so its like I'm fighting a superhuman. Its keeping me on my toes. I'm training with my brothers Ryron, Renner and Raylen, training with Kevin over at Ricksons. They have made vital contributions to my training.

AB: There is a lot of mystique about how Gracie family members train. Is there anything specific you've been doing to get an edge?

RG: The jiu jitsu is there. Its like riding a bike. But you still have to ride if you wanna compete at the high level that we want. I've been working on my stand up. I want people to fear my stand up so that there is nowhere to run in a fight. You'll get knocked out and you'll get choked out. St. Pierre, Anderson Silva- those guys are doing it real big right now. They are feared from anywhere. They can get you at any angle. So I'm just refining my angles. I"m working with some people undercover right now as well.

RG: It does not matter who I'm training with. What matters is that you're gonna get knocked out if I do what I'm supposed to do [laughs].

AB: What books have you been reading lately? What's going on inside Ralek's head?

RG: Right now, I'm seeking to reach a point where I don't depend on anything accept my own mind and body. Not being outwardly directed. Not doing things for the hype. Not to do things for my ego or to one up somebody else. I want to do it, and be present while I do it- every step of the way. I wanna be at peace while I do it.

AB: How does being a new father change the way you look at the game?

RG: Its changes how hard I work. I was waking up at 11 AM. Now I get up at 7..6 sometimes [laughs]. I'm up before the birds chirp. My son is an inspiration for me to better myself. I Wanna be able to teach him everything. Teach him as much as I can. I wanna be able to give him the key to life. Thats why I've been putting so much work in spiritually, plus on the mat. Regardless of what my kid does, I want him to be happy. I want him to do what he does with no shame. I want him to do it with confidence. I want him to have a good positive mentality.

AB: Tell me about breakthroughs in your training. How have you reached some of your personal heights as a fighter?

RG: Most of my breakthroughs come from training with my brothers. Getting choked out over and over. It gets to a point where its beyond my feeling or my ego. Its just instant action and reaction. I learn instantly what not to do. The question is, can I apply that the next day? Am I gonna be sharper? I've reached a point where losing is more of a completely positive thing. This is hard for most people to understand. Most people are too emotional. They feel like when they lose they are less of a man because of that.

My brothers and I feel that its not about that. You actually become a man when you lose. When you have somebody better than you, you will progress at a faster rate. Compared to someone who wants to go aroudn the gym and pick on dudes that are half his level.

AB: After your first MMA fight, what did you have a personal understanding of in terms of clarity?

RG: I walked away with a lot. Everything became so much more real to me. When you see something or you hear something its only so powerful. But when you feel it, your perception changes. It was a big step for me to go in there and feel what the ring felt like...Under that amount of pressure with that many people watching. It felt good. I felt like I belong there. It was natural. I prepared myself so I could be ready for that moment. It was good.

AB: I know at the Hip-Hop Chess Federation event you got to meet Chess Master Josh Waitzkin and read his book The Art of Learning. How did you view his book on fighting, and living?

RG: I saw so may parallels with my own life. He was so serious and so focused at an early age. I was not the same level in jiu jitsu as he was in chess at his age. But we both started out with an extraordinary amount of pressure for the age we competed at. If anything, as he keeps it going through the book...Its all about continuing that learning and continuing to be humble, to be better by looking deeper. Training harder, not rolling with the easier guys. He always talks about getting outta your shell. Like the hermit crab if you wanna get any bigger you have to get outta your shell. You're gonna be a little vulnerable when you step out. But, you've gotta do it.


AB: Is there anything specific you wanna say to all the other jiu jitsu and MMA fighters out there?

RG: I feel like people need to learn to train and compete without ego. Many people do it because they're gonna get a car, or a house, or respect. Do ti because its something you can't help but do. There is much more power in someone who does something unconsciously, but with complete consciousness. Be it, don't try to be it. Live it, don't try to live it.
at June 11, 2008

Had a fantastic game on Wuchess today! Check it out...

As I have stated a million times before, I am no expert at chess. But I love it and I love the life lessons I gain from playing. Here is a game I played earlier this afternoon. Enjoy the game. See you on there soon. Some celebs been hanging out in the innerchamber on the low...

WuChess and HHCF all over the news! If you missed it, check below 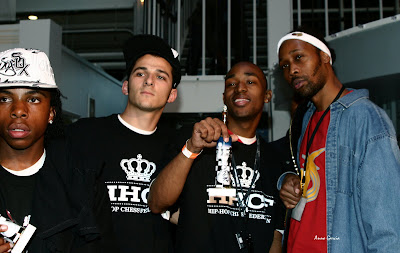 Wuchess has launched!!! Its off the hook...You better get in there...

Hey y'all, Wuchess has launched and its been really amazing. Chesspark and RZA bring the ruckus like none other. See you there.

VISIT: www.wuchess.com and sign up today!Please remember that a portion of the proceeds from WuChess goes to the HHCF Scholarship fund. We can't do our events with out you.