Donate to Help HHCF Publish Chess is Jiu-Jitsu for the Mind!!! 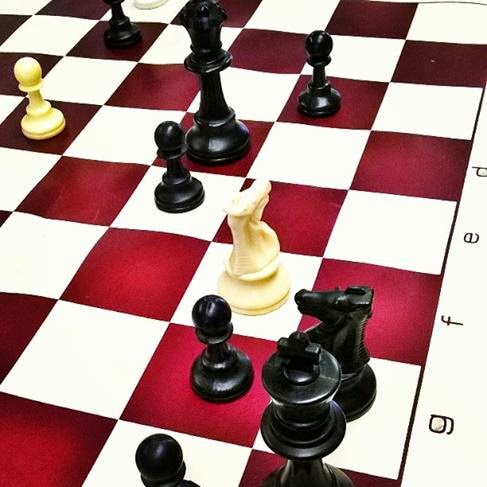 Help the HHCF publish a book on Hip-Hop, chess and Jiu-Jitsu called Chess is Jiu-Jitsu for the Mind!!! DONATE TODAY!! It's tax deductible and it will open young minds to the power of their own potential as well as the beauty of non-violence. We are thankful for any amount you can give click the link to give today http://tilt.tc/7qks
at December 08, 2014 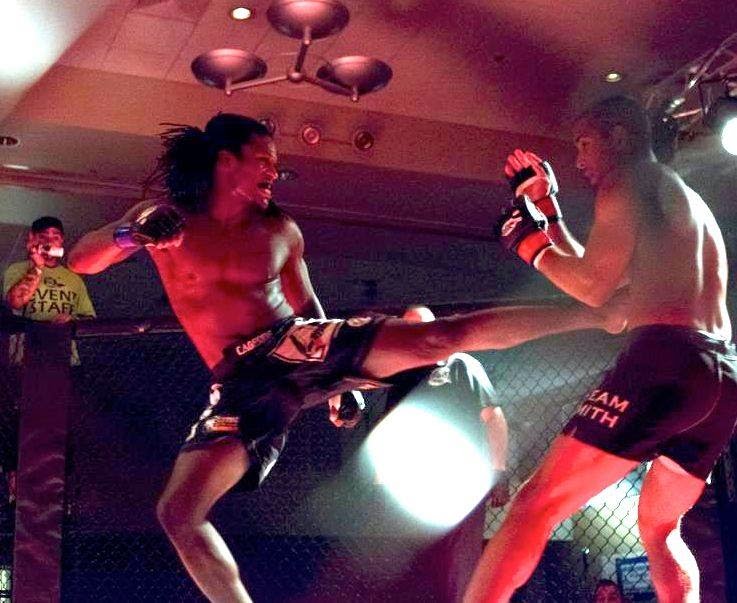 D'Juan "Dirty South" Owens is an MMA figher and BJJ practitioner fighting out of Durham, North Carolina. He also happens to be a phenomenal Bboy and chess player. The HHCF sponsors him now. We wanted to introduce you to one of the upcoming starts of MMA.

HHCF: Where are you originally from and how did you first get into chess?

DO: I'm from a small town in Mississippi called Pass Christian. I was introduced to chess at a young age but initially I regarded it as any other board game. I didn't fall in love with chess until I was about 12. When I was in the 7th grade I was sent to ISS one day. As you know in ISS there's no playing, talking, or getting up from your seat. That day the original warden wasn't there, and  a young substitute allowed us to play chess after we were done with our work as long as we kept quiet. With no other options for entertainment, chess got pretty serious. I knew how the pieces moved, but like most novice players, my tactics and strategy was pretty basic. Being competitive middle school kids, myself and about 4 other kids played through lunch and when I went home that night, chess was all I thought about. The next day I went to the school library and checked out a book entitled "The genius of Paul Morphy". After reading that, I was hooked.

HHCF: What were your earliest memories of the martial arts? What were some of your heroes?

DO: My earliest memories of martial arts would be watching old kung fu movies with my father.  "The 5 Deadly Venoms", and "Shaolin vs Lama", were two of my favorites! I remember going outside and punching, jump-kicking, and doing what I thought were katas for hours. As far as heroes go, when it came to martial arts at that time, I only looked at it from an entertainment standpoint; so Wesley Snipes would probably come closes to what I would consider a hero to me then. It felt good to see someone who looked like me taking bad guys out. 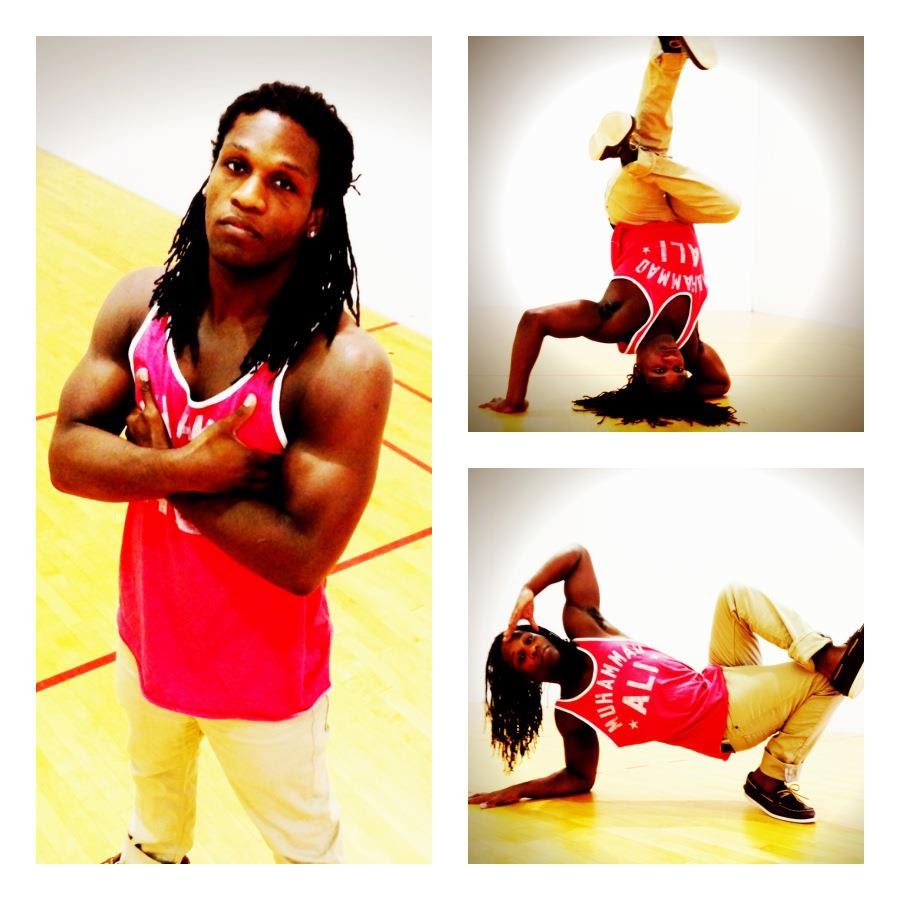 HHCF: How did you first get into Bboying? Who were some of your heroes?

DO: I remember being fascinated the first time I saw bboying. I was about 8 and I was flipping through channels and I saw "Beat Street". It just happened to be at the classic scene where hey were battling at the Roxy and I was enthralled. That was the first time I saw someone do "windmills" and it seemed magical to me. My love for Bboying grew as my love and understanding for (real)Hip-Hop grew. When I met Allure from The Mighty Zulu Kings, she started me on the path of bboying as a lifestyle, as opposed to simply a dance to become good at. There are many pioneers of bboying that I respect but Kmel from the Boogiebrats stood out for me.
HHCF: What made you decide to get into MMA and what has it been like, mentally speaking to prepare for fights, etc?

DO: I was exposed to MMA when I was younger by my father who was always a big mma fan. He rented the first couple of UFC's, his buddy Tim would bring his VCR over so they could double tape. I wasn't a big fan initially but around 2005 I got into it when the first season of "The Ultimate Fighter" aired on Spike TV. At the time I was in the Marine Corps and my roommates and I would always talk about how "we could do that" etc. In 2006 while deployed, I met a pro MMA fighter named George Lockheart in the ship's gym. I saw him destroying everyone on the mat and I asked him if he wanted to wrestle. Of course I got absolutely destroyed. That was the first time I had ever grappled and I had no clue as to how helpless a man could be against someone who trained. I never wanted to feel like that again; so I decided to take up mma for a hobby when my contract was up.
I've been a pro for 4 years now so at this point fighting is like breathing. I enjoy all aspects of mma and I see fighting as putting on a display of martial skill. The only thing I find tough about fighting is dieting, and cutting weight. Again, I'm from MS and we love to eat! 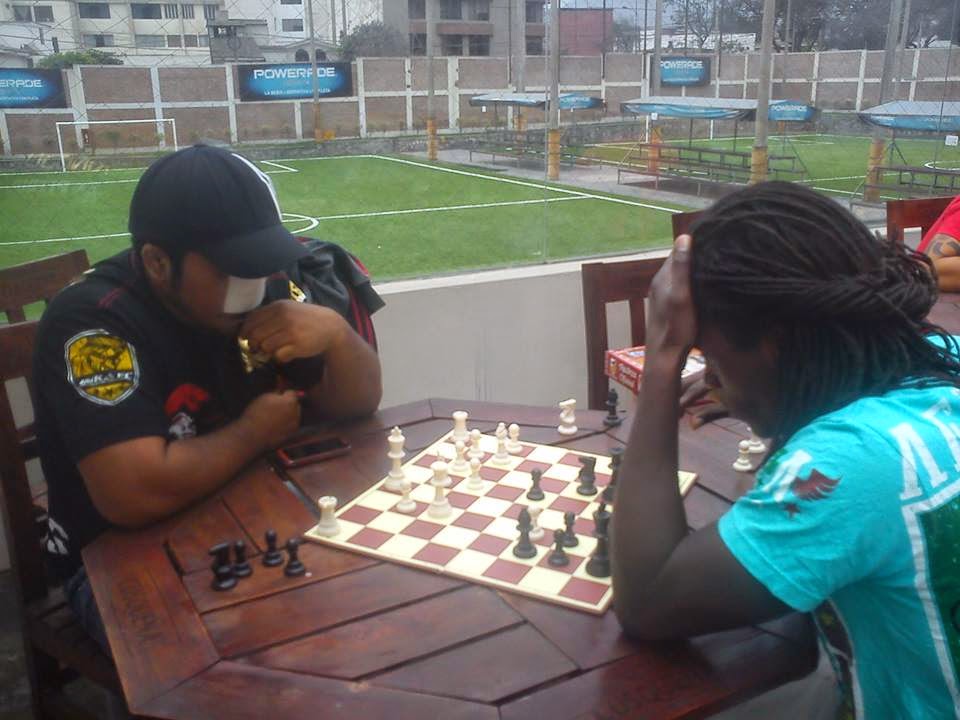 HHCF: Tell me about your time playing chess in the military?

DO: My schedule was less demanding at that time so I played and competed MUCH more often than I do now. I was a 2x Camp Lejeune Chess Champion in 05' and 06. When I was on a MEU (Marine Expeditionary Unit) in 05', I won the only chess tournament held on the ship and it felt great to represent for my unit, and for the enlisted marines :)

HHCF:  Have martial arts, chess and Hip-Hop done anything to enrich your life?

DO: In more ways than I can explain. I've made friends and acquaintances from every walk of life imaginable. A common passion, or pursuit of a common goal (especially an obscure one) can build the strongest bonds. Each of these transcend racial, cultural, and economic barriers. Because of these arts, I've been introduced to intellectual and physical competition. To compete and win is one of the most satisfying feelings in the world. Contrarily, coming up short is humbling, and the best teacher....or so they say lol.

HHCF: What artists do you listen to the most when you are preparing for a fight?

DO: I love listening to REAL Hip Hop. Anyone from Yasin Bey (Mos Def), Talib Kweli, Lupe Fiasco, The Roots etc.....BUT, when I'm training, or lifting, I want to hear the most ignorant/ratchet and crunk rap possible. I listen to T.I., Young Jeezy, and if Rick Ross comes on while I'm sparring..........yiu better ask somebody.

HHCF:  Do you currently teach chess, bboying, or martial  arts in your spare time?

DO: I've taught bboying(breakdancing) in the past in Durham and Hilsborough NC. Sometimes I help with classes at the MMA Institute where I train if one of the instructors can't make it, but I'm usually training and being coached. I've also taught chess for Big Brothers Big Sisters of  Durham, and given chess lessons at the Durham regional library.

HHCF:  Any last words? How can people get in touch with you?

DO: I want to say much love and respect to everyone out there striving and grinding!!! Fight for your goals, dreams, family/friends, and ideologies. Lastly, this Ghandi quote always applies: "You must be the change you wish to see in the world.."
You can contact me through my personal, or MMA page on facebook at: D'Juan "Dirty South" Owens.
at December 07, 2014