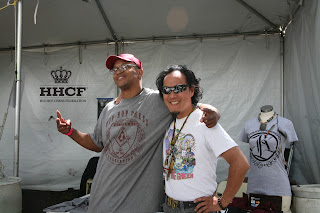 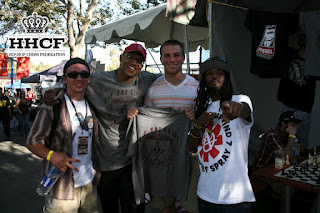 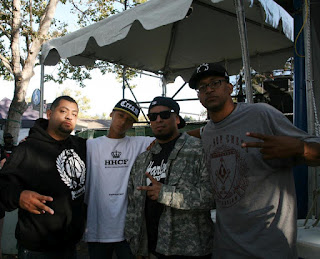 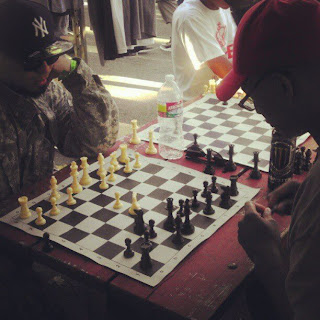 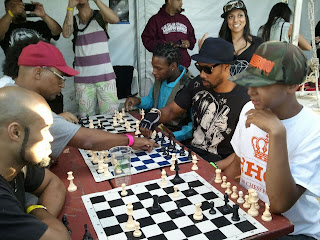 RZA before playing two people at once, and winning... 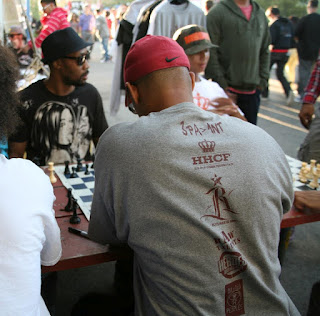 HHCF was invited to Rock The Bells tour by RZA of the mighty Wu-Tang Clan. At our booth the boards stayed packed ALL DAY and ALL NIGHT. We even had a chess tournament on the second day....So dope...So many people from Norway, Canada, Texas, NY, all over took time to hang on the boards. I will give more details soon. But here are a few photos. RZA and Immortal Technique even took the boards for a bit. This was historic in so many ways. Much thanks to RZA, Tam, Divine, Joe and Carla, everybody on the Rock The Bells staff....Carlos (both of you), Helene, Eli and all  my Reyes Muertos Klothing familia for teaming with HHCF for the booth. It was great.  For more photos check out www.facebook.com/hiphopchess
at September 02, 2012 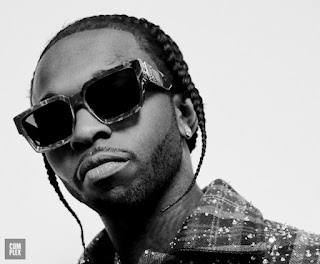