Sacrifice All for the Empire

Sacrifice All for the Empire
By Adisa Banjoko, Founder of Hip-Hop Chess Federation 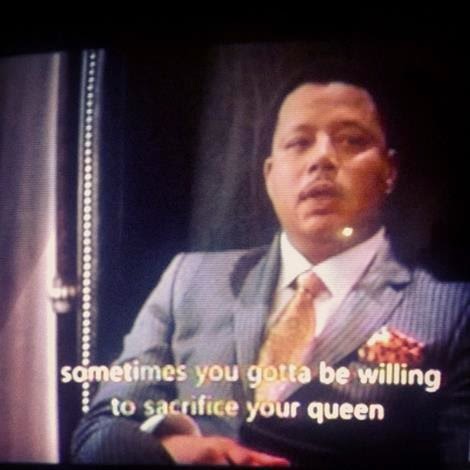 Sometimes you have to be willing to sacrifice your queen, in order to win the game. - Lucious Lyons, EMPIRE

Everybody is talking about the TV smash Empire these days. In just a few short months the show has overtaken the ratings and the streets. The show is, at it’s root, an amazing Black soap opera with a bangin’ soundtrack and more cliffhangers than the rocky mountains.

One thing a lot of people miss in the show is the ever presence of the 64 squares of psychological combat. The board is often in the foreground, or the background during many serious conversations taking place about business and life. The main character, Lucious Lyons is a ruthless business man who will do anything it takes to keep his label at the top of the game. He has enemies outside of the company and even within his own family that seem to undermine his vision. 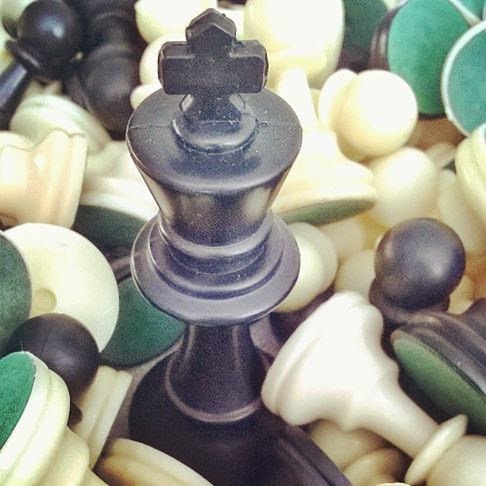 Lucious Lyons is no poster boy for a model citizen. He is, some might rightly argue - nuts. But one thing he is not, is foolish, over emotional or ignorant of all of his options. In the last episode he said the opening quote as he was being taken off to jail. His mention of sacrifice really struck me deep.

The word sacrifice comes from two greek words that essentially mean “to make sacred”. On the chessboard, any piece lost for the greater good is purified by the ultimate success of the king.

As a jiu-jitsu guy, I’m somewhat familiar with the judo concept of  sutemi-waza (sacrifice throws). These are takedowns that “involve putting oneself in a potentially unfavorable position, such as on the ground, in order to execute a throw”.

In our American pastime of baseball we have sacrifice bunts where you get yourself thrown out of the game, so the team can score.

This value of sacrifice is known throughout many different cultures, faiths and nations.

When Lucious spoke about sacrifice, it was on a borderline fanatical level. His character will do whatever it takes (lie, cheat, steal etc.) to get what he wants. Now, I do not advocate that. But his dedication and commitment to his cause, gave me pause in my personal life.

I had to ask myself, “How much have I been risking to get what I want out of life?”

Long ago I observed that one’s level of success is almost always in proportion to the level of sacrifice.

Navy SEAL founder Richard Marchinko once stated, “The more I sweat in training, the less I bleed in combat.” That is sacrifice. I used to remind myself of that when I was first training in jiu-jitsu. It helped me stay unafraid to go against higher belts.  I did not mind getting caught in deep chokes and trapped in places that inspire panic. Slowly things that used to make my heart jump in physical situations didn’t have the same effect.

Michael Jordan sacrificed many hours on the court alone, perfecting his shots. Jimi Hendrix spent endless days on his guitar mastering the potential sound of every string. Dan Gable and many other American wrestling champions shadow wrestled to stay clear when the battle was real.

If you are just giving the average input, you should expect the average output. But if you consistently give more than average, eventually your return will be higher than average.

How much are you willing to get that degree? How much are you will to study and out hustle the next man with new ideas to get and keep the next job or promotion? They say it takes 10,000 hours to master anything. Take some times this week to soak up the idea of sacrifice and apply it for your own life path.