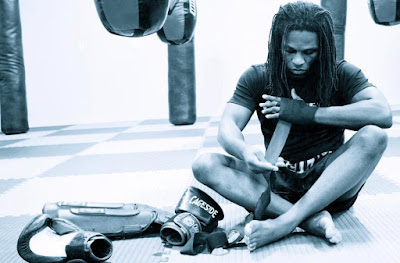 Fresh off his high octane submission victory over Myron Baker in Odyssey Fights, we got an exclusive interview with D'Juan "Dirty South" Owens. In this interview we look deeper into the connections between chess, music and martial arts. He also has a serious background as a Bboy (thats Hip-Hop dancer for you squares). He blends the wisdom he gets from the rhythm of fighting, dancing and playing chess. It gives him and edge that makes him a cut above the others in MMA today. D'Juan Owens is truly the living embodiment of everything HHCF represents.

HHCF: I know you're a serious chess player, and a real beast in MMA. Can you tell me about the places you see overlap between MMA and chess?

D'Juan Owens: There are MANY aspects that I believe overlap between chess and MMA! I believe that self-confidence, and belief in your skill may be the most crucial. Regardless of how bad your position is in a bout(or a game), the fight isn't over, until it's over. If you're still in the fight, you should be striving for a path to victory.

HHCF: You are also a real Bboy. The old school Kung-Fu films inspired a lot of dance moves as well as the psychology of battle. Can you tell me for you personally as a dancer and fighter the areas of overlap that affect how you approach both paths?

DO: When it comes to dancing and fighting, I see both as an extension of our personality. The rawest form of expression. Obviously, the more skill you have, the more ways in which you can express yourself. When I'm dancing, I want to paint a picture. When I'm fighting, I want to display the beauty in martial arts. Of course, there's a danger-element in fighting though, and winning is priority. But the more efficient I am, the more likely I am to win; and there's beauty in efficient combat.

HHCF: What are your favorite martial arts movies?

DO: My favorite martial arts movie is definitely the Shaw brother's "Five Deadly Venoms"! "Shaolin vs Lama", and Berry Gordy's "The Last Dragon" are my joints too. 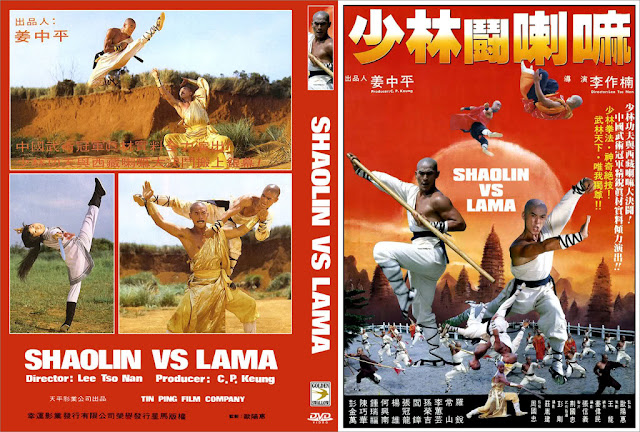 HHCF: You just came off an awesome victory in a Jiu-Jitsu super fight at the "TORO Cup". Tell me about that match and the plan you put in action to win?

DO: I competed against a really slick 10th Planet guy. He'd been tearing up the local tournament scene lately. I watched a few of his matches online, and I saw that he was VERY good from the lockdown position. He submitted a black belt who I knew was really good, so I knew it would be a tough match. I figured if I could stay away from his lockdown and whip up transitions, and steer the match toward more traditional positions, then I would have an advantage. I was in fight camp for an MMA fight so I knew I would have a cardio advantage. We battled for position for the majority of our match, but eventually I got the pass, and won by kimura from the reverse-triangle position. 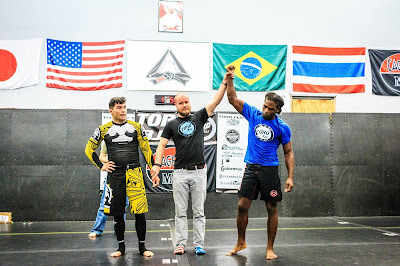 HHCF: A few MMA fights back you lost a decision to to Luis Felix in CES. You seem to have bounced back from the loss with new fire, refined focus and ability winning your last two fights by submission. Cuban chess Grandmaster Jose Raul Capablanca said something to the effect that it's the losses that make you a champion. What changed in you after the Felix fight?

DO: After the post-fight gorging ran it's course, I changed a few things in my nutrition and training regimen. I started really focusing on improving my wrestling, and getting serious about my diet. Honestly, I went into that fight on a great winning streak and I was feeling myself a little too much. I wound up having basically a "fat-camp", instead of a training camp. I have the BEST support system so after about a month of moping around, I got back in the lab, and back on the grind, and we've had great results since.

HHCF:  Wait, before I forget, what are some of your favorite Bboy jams to dance to?

DO: When I was really about that bboy life, I used to LOVE "Funky Lover"  by eruption. I can't control myself when I hear it! I don't care if I'm in a three-piece suit, or a scuba diving suit. If that joint comes on, I'm definitely throwing down on the spot!

Rock out for a bit to Eruption 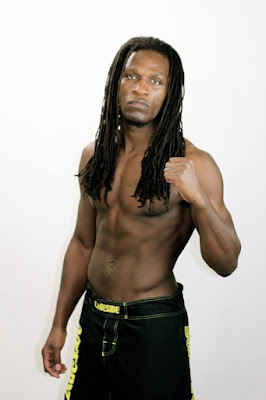 DO: I went to NY earlier this year to train at "KINGS Thai Boxing" with my muay thai coach Aaron. He knows about my passion for chess, so between training sessions one day, he took me to Central Park. We planned on getting our hustle on "White Man Can't Jump" style, except with chess [laughs] . Long story short, I played  3 people who had tables set up, and beat them all. The guy who actually made a decent wager with us, looked devastated after he lost. He was pretty good, I'm assuming around a 1800 level. He was an aggressive attacker; but reckless. He banked everything on that attack, and when it failed, his defenses were weak. Aaron and I looked at each other after the match, and I KNEW that we were thinking the same thing....I couldn't take this guy's money. This was his livelihood. Seriously, this is what he does. I told him to keep the money, and he gave me a half-hearted laugh and said "next time"... but I FELT his relief. On the way back to the gym, Aaron and I  joked about it, and wound up having one of the best conversations about life that I'd had all year.

HHCF: What are your plans going forward in 2016? Any last words?

DO: In 2016 I plan on going even harder on the MMA grind. There's not a doubt in my mind that we'll be in the UFC in 2016! In the meantime, I'll keep loving my family and friends, forging new business relationships, helping my community, being an asset to all of the organizations that we work with, and most importantly, continually striving to be the best human that I can be.

HHCF: I want to give a PHAT shout-out to The "Hip-Hop Chess Federation" for putting in the REAL work for our youth. I'm honored, and proud to be a part of that work. GET FAMILIAR!!!

THIS JUST IN: D'Juan Owens will be coming to the HHCF HQ in the Bay Area in December 2015 to do both Bboy and MMA/Jiu-Jitsu seminars....We will also be hosting a panel about dance and martial arts with some of the top fighters and dancers in the Bay Area. More soon!!!!
at November 08, 2015