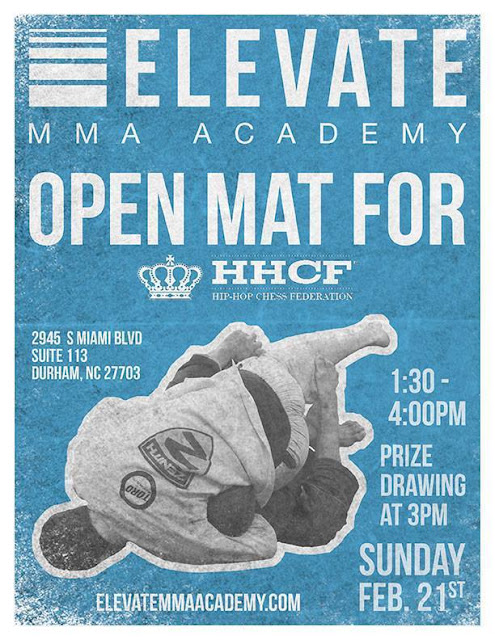 HHCF Teamed with Elevate MMA in Durham, NC!!!! They joined forces through the wisdom of jiu-jitsu champion, HHCF chess teacher and bboy D'Juan Owens. There will be an open mat Sunday Feb 21st at the new gym hosted by Head Instructor at Elevate MMA, Cody Maltais. D'Juan and Vince Bayyan of HHCF will be in the house. Go check it out and enjoy this great video by Gene Kim featuring jiu-jitsu, dance and the philosophies that fuse them. For those that don't understand what a real movement this has become, D'Juan penned a powerful poem about his travels through chess and martial arts around the world. Enjoy....