Modern Violence and the New Era of Young Bulls

Modern Violence and the New Era of Young Bulls
By: Adisa The Bishop 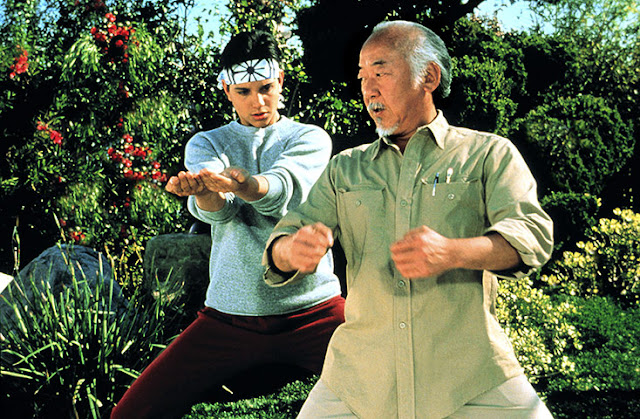 Long before a lot of people cared about NHB (no holds barred) or Vale Tudo (anything goes fighting)
I wrote a piece for a small MMA publication called Vale Tudo News. As a new white belt I was loving jiu-jitsu but
deeply troubled by the lack of philosophy that worked to balance such a dangerous art. I don’t remember my exact words but
I said something along the lines of “ Without a solid philosophy the people learning jiu-jitsu
and MMA we will have a country of bulls with no brains or sense of moral duty.”


While it was well received by some, by many others it was just the whining of a new white belt who
wished for teacher and pupil scenes from Kung Fu TV show. As I trained in jiu-jitsu I read books like
The Art of Peace, The Art of War, various Taoist and Confucian, Christian, Sufi and Buddhist texts.
It helped my understanding of jiu-jitsu, violence, non-violence, emotional control and other areas of
my life. I believe without question those years of personal cultivation have made me a better student, t
eacher and overall human being.

Despite taking the super duper slow route I am now a brown belt under my instructor Alan “Gumby”
Marques at Heroes Martial Arts. I teach chess fused with jiu-jitsu to help people cultivate body and
mind simultaneously. I currently teach high school, and college courses on chess and jiu-jitsu. I also
teach an all ages class on the weekends. I find it very rewarding personally, but I also see impact in
both young and adult lives. Some teens I mentored are now graduating from college and thanking me
a lot. Others are just finding their self esteem and trying harder in school. Others are just making
better decisions as they do their 9-5 thing.

The other day I was really shaken. I learned a student of mine (who trains in MMA and aspires to be
an MMA champion as an adult) . He was accused of intimidating and threatening a teacher who is
an elderly woman. I was really confused by the incident. I thought when I met him that because he
already did martial arts that he was well acquainted with philosophy. As it turned out he was not.
Additionally, he is a borderline average student. Even in my class. He aspired to little more than
MMA. Skillwise, he certainly has a decent base but it will remain to be seen if he has what it takes
in the long run to get to the top ranks of MMA. I thought we would bond.
I found him helpful when it was time to do jiu-jitsu demos. From time to time he was a helpful at
getting other kids to be inspired about training. More often than not though, he was largely out to
lunch academically.

I was very disappointed in him after I learned about the incident. I asked him about what happened.
He was less than truthful initially about what he had done. After I told him I had several witnesses,
he admitted what happened. I told him about the difference between being a martial artist and a
fighter. I explained a martial artist is trying to cultivate their mind and heart- not just their bodies.
I told him a fighter is just looking for a check, a mercenary of sorts.
I used Bruce Lee and Jon Jones as examples of each (Jones being a fighter).
I could not help but wonder if his martial arts teachers push aside philosophical discussions so
they can get another round in on the bags.

He was unremorseful about the incident. His lack of remorse scared me more than the incident.
Further he admitted he had wondered about if he was a fighter or a martial artist and he said he
saw himself as a fighter. I explained that fighters last only as long as their body holds up but
martial artists help the community through their teaching and training of others. The boy
blinked at me silently with a minimal sense of remorse or desire to lift up his character.
Not only did he not care that much, his desire to pretend he cared was equally low.
I realized I was looking at one of the young bulls I wrote about all those years ago.
Digital tools like Worldstar, YouTube, Snapchat and
Instagram fights add to the emotional vacuum our young people live in.

As I left school that day my hope was that he changes. He is young, so,
the potential for change is great. When I was his age, I did did a lot of reckless things.
Things that made it so nobody I grew up with back then could evision me the way I live now.
At the same time I can’t help but wonder if bulls I spoke of years ago are starting to stand up.
Is he just one kid in the new era of morally unreachable young men who happen to train as fighters?
Without using Eastern philosophy, meditation, chess etc. to balance out the martial arts training,
we can only expect more of these kinds of incidents will become commonplace in our society.