Tupac and the Search for Lost Gold 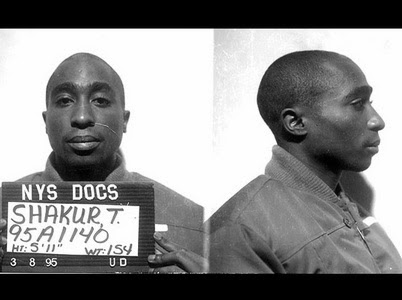 “ If they had lived in another kind of society, their exceptional mathematical talents might have been better used. But they were Black.” - Malcolm X

Malcolm X was mentored by many people as he learned to hustle on the streets of Boston and New York. One of the main people to help him survive on the streets was a man by the name of West Indian Archie. He was a numbers runner. The numbers game was kind of like a lottery for the hood.

West Indian Archie's claim to fame was that unlike other numbers runners who needed to write every customers number on paper, he had them all memorized. In the course of Malcolm’s adventures on the grimy underbelly of American cities, he came across many Black men who had brilliant, innovative minds. These minds were not refined by the American schools and polished for a higher purpose. Because of their color, and class they often fell to street violence from the drug trade, or were imprisoned. Just the other day a teacher at my job was asking about why we needed to teach the metric system since America does not use it. I told her the hood uses the metric system every day. Those kids know how to convert milligrams to ounces and pounds to kilograms all day. Sadly, its just for all the wrong reasons.

I created the Hip-Hop Chess Federation in 2006 in part to help find those gifted young souls who were unaware that their gifts could be cultivated for leadership at Google or on Wall Street. This idea came after meeting with a group of incarcerated kids who displayed amazing cognitive skill and ability on a chessboard, but made poor life choices and ended up in juvenile hall. I started taking the positions on the board, reframing them as life situations and helping them escape the traps in the street.

Under the alias of “Makaveli” Tupac Shakur arguably wrote some of his most aggressive raps ever. The name “Makaveli” came after Tupac (known to be a voracious reader) studied The Prince by Italian military strategist Niccolo Machiavelli. Machiavelli, like Tupac was far ahead of his time. He wrote things like “Men shrink less from offending one who inspires love than one who inspires fear.” Niccolo Machiavelli was a logical man not mislead by emotion. I believe this helped Tupac greatly as he assessed his enemies and ideas about how to deal with them. 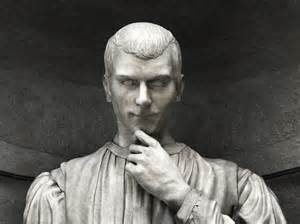 Niccolo Machiavelli, Author of The Prince

The works of Machiavelli resonated deeply inside Tupac on a near spiritual level. Almost as soon as he was free, the identity of “Makaveli” arises.  He wrote some of his most discussed work under this pen name. In the song Don’t stop, he spits “Mr. Makaveli moving pieces like telekinesis/ It’s a chess game, lets play with real pieces”

For the casual listener, this rhyme may have little to no meaning. However, I believe a deeper look at Tupac’s life inside Clinton Correctional Facility in New York State highlights a deeper experience unfolding.

Inside, many prisoners enjoy chess as a way to stay mentally sharp and gain philosophical clarity. Most jails however, are not supportive of prisoners playing chess. Despite a newsworthy victory in 2008 of New Jersey inmate over the Princeton Chess Team.

One of the alleged main fears of correctional officers and wardens is a false fear that prisoners might use algebraic notation (the method in which chess games are documented) as a way to pass on notes and messages that would be indecipherable.

Nevertheless, many prisoners find themselves in solitary confinement without pieces or boards to play with. Lost in the blackness of “the hole”, inmates  communicate through the walls. One way they pass time is by playing chess. They do this by visualizing the chessboard and speaking to one another through the walls in the language of algebraic notation. This is a feat not easily achieved by those who can do it accurately.

One might call out ‘e4” signaling whites kings pawn moving the center. It is often a common way many start a chess game. A most common response by black is “e5” and so on. These kinds of game are commonplace in prisons across the country.

Famed French psychologist Alfred Binet conducted some of the earliest works on how the minds works while playing chess. He wrote in part “If one could see what goes on in a chess player’s head, one would find a stirring world of sensations, images, movements, passions and an ever changing panorama of states of consciousness.”

I have never researched his stint in prison long enough to know if Tupac went to the hole, or played chess in the manner listed above. I do however, personally know prisoners who played in that exact manner while held in solitary confinement. It would seem nearly impossible to me that he would not have heard about these kinds of games happening in “the hole”.  When Tupac speaks about playing with real pieces, he speaks, like the man he was. He was newly freed, and not always having the luxury of physical pieces he was sought to experience the entirety of all the game that chess and life have to offer. 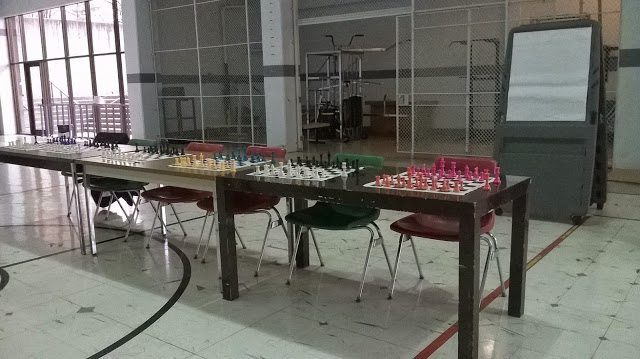 Hip-Hop Chess tournament about to begin at juvenile hall in St. Louis, MO.

Any self taught chess players who can function at that level, should for all intents and purposes be builders of the next Apple, Intel and Adobe- not just work for them. These lost youth could be building a new digital infrastructure for the world. I’m talking about coders, designers, innovators of new technology methods and business models are boxed out before they can begin to change the planet. If we approached the identification and cultivation of these minds with sincerity and strategy we might be able to cut outsourcing for American businesses in half.

These are the kind of people Malcolm X lamented in his autobiography. Some of the brightest innovators in business, education and science are not located in India or China. They are right here, right now, having their talents neglected and undermined by schools that do not value their gifts. That is why I walk the streets of the hood mining for lost gold. If you are in the hood and you want to know where the lost gold is that I’m seeking out, look in the mirror.

Adisa Banjoko is Founder and President of the Hip-Hop Chess Federation (HHCF). The HHCF is the first non-profit 501(c)3 to fuse music, chess and martial arts, to promote unity, strategy and nonviolence. To learn more follow on Instagram @realhiphopchess or visit www.hiphopchess.com .