Unity in Diversity Was Amazing!!! Amazing 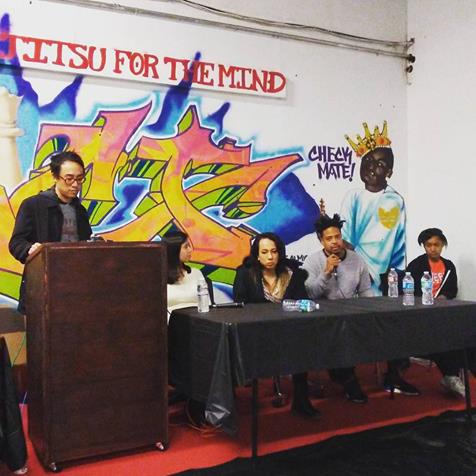 Moderator Miki Noda, DJ AkkikoLUV, Zumbi of Zion I and Sumi Dumela on the technology and culture panel.

Gratitude. That is all I can define my heart's state as. This Sat, the HHCF hosted it's inaugural Unity in Diversity event. It was an attempt to bring a select number of technology people, artists and educators together and talk about the things we love. In the history of my life I have thrown many, many events. All with varied rates of success and failure. Never has any one event I've thrown seemed so well quarterbacked and prepared only to quickly disintegrate at a rapid rate before my eyes. It went from a two day event to a one day event.
The short version of what happened is that I was overextended as a person. As a father, as a husband, promoter, a teacher, a jiu-jitsu student and a friend. But we all have our own issues. It's not all sunshine and rainbows out here. I know that. After a point though, the disintegration was so consistent my heart was becoming hard.
I almost canceled it all a day or two before. Were it not for the actions GOD, of my wife and kids, and friends like Itoco Garcia Paul Moran Chuck Creekmur, AkikoLUV Tomie KingKash Lenear Kevin Clark, Amir Abdul-Shakur and his family, Jay Williams D'Juan "Dirty South" Owens Vince Bayyan Andre Swank, Alan Marques, Iriscience there is no doubt it SURELY would have been canceled. 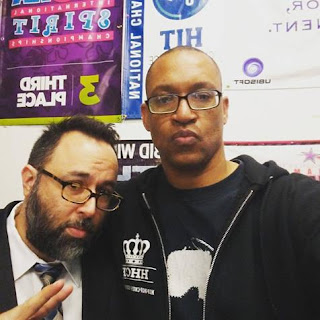 As I sat up till 4:30 AM the night before I was being terrorized by many levels of failure the event could reach. I was trying to preemptively apologize all the mistakes. Then I realized no matter how bad, or good your world is going. All you can do is get up, take a shower and walk out the door and see what the next day brings. I want to apologize to all the people who were scheduled to speak that were unable to participate due to circumstances beyond our control. I'm resolved to ensuring you all participate in Unity in Diversity II which will be announced in the coming months.
Despite my fears about low turn out and other concerns, Unity in Diversity was amazing. The panels were off the chain. The moderators were on fire. The crowd was dope. The beats banged. Styles were dropped. Lessons were taught. The opening Hip-Hop and Education panel moderated by Daniel Zarazua with Jose Guerra, Mazi Mutafa, Leroy Moore, Dr. Elliot Gann and Dr. Itoco Garcia was really powerful. It highlighted the innovative things many people are doing to inform and inspire kids inside and beyond the classroom. 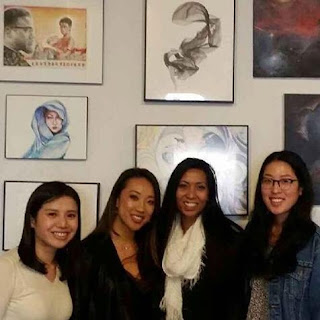 Artist Amina Lei (center in all black) with UID attendees
The martial arts panel was mind blowing. The technology and culture panel was deeply insightful. Milan Drake was like Rakim talking about technology. Until you have watched Zion I Crew talk with UX Designers about bias in the algorithm you have not lived. Until you see gems from Casey Wong and Tom Callos open hearts and minds simultaneously you have missed something amazing. Mike Relm and his wife drove all the way up to the bay to moderate. That is love. I love Mike Relm though. Blood family level.
Leroy Moore came and brought amazing gems. So did Mya Canty, Miki Noda and Sumi Dumela.
Laughter and understanding were shared. I'm so thankful.
The next day, Paul Moran came and taught my jiu-jitsu kids class. He opened and closed the class with meditation. We hung most of the day. The things he showed me about jiu-jitsu I did not know. He will always be my brother. 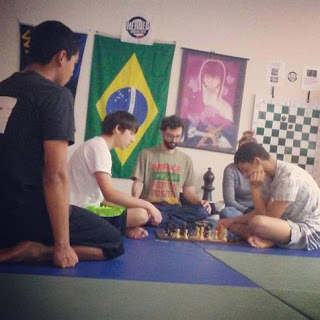 Super special shout out to the hardest working woman in Hip-Hop, Christie Z at Tools of War Jams for her consistent promotion of Unity in Diversity. I also want to thank Chuck Creekmur at Allhiphop.com and Kevin Clark of Okayplayer.com for letting folks know about Unity in Diversity and I want to thank all the people who participated as well as all the people who tried to. Forgive me for all the mistakes in the planning and execution. Jose Guerra built a custom made podium for David D. Timony to give the first Unity in Diversity keynote on artificiall intelligence. That is so amazing. Amina Lei brought amazing art. So much to tell. Much love to DJ Just Jay (follow him @Urbanumpires on IG) . He kept it rocking from front to back.