Raising A Samurai in a Savage Society 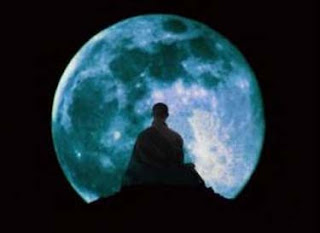 NOTE I wrote this off the top of my head, forgive any mistakes.

This was my sons first year playing football. He had been asking for years and despite my ignorance to the game (I never played the game on a team, I was notoriously skinny and uncoordinated in my youth). I was scared for him to play, but he really took to the game. I watched it toughen him up, I watched him get focused, take in amazing victories and assess any of his personal shortcomings.

Across the field from where my sons team played were the Newark Memorial High School kids. Mostly Samoan, these kids played hard and all of them stayed respectful and inspirational to the youngsters in word in deed.
So imagine my horror, when I woke up and saw this:

http://www.mercurynews.com/ci_16877181?source=most_viewed&nclick_check=1
A boy from the team was stabbed to death after defending a cheerleader at a party a day or two before. I did not know this kid personally. But I saw Justice Afoa before. I knew his face when I saw his photo...It was like my heart broke twice.

I grieved not only because of his death (which remains unsolved because too many kids are living by the "no snitching rule" to stand up for the truth). The boy named Justice, lived and died by his name on all accounts.

But I grieved also for my own son....I raise him to live as a peaceful man. To live as a just man who keeps to non-violence. But I also raised him to be a defender of the poor. To not watch people suffer and do nothing. That to do otherwise is the cowards way of living. I like to think of myself as raising a young samurai.

MMA pioneer and jiu jitsu legend Rickson Gracie was once asked about his personal ethics in regards to fighting. His response is unforgettable to me. He said "I believe that you must do what you believe you have to do. If I don’t believe I should fight, I’m not gonna fight. My decision is based more on my personal honor than it is on who I’m channeling my anger towards. For example, if I see a guy smacking an old lady I’m going to do something about that. I don’t care who it is. It’s a moral concern. I cannot live with this on my mind without taking action just because I don’t know who it is. In cases like this my honor, my dignity, and my moral code is much more important than my physical body."

But how effective is this kind of thinking, when he is walking in an uncivilized society that has zero regard for the honorable man?!

My son currently reads Time Magazines 100 Most Influential People. I have him read about four people every weekend. Then we talk about their accomplishments, what intrigued him about them etc. So at the age of 12 my son can talk to you about the merits of Napoleon, Confucius, Aristotle, Joan of Arc, Catherine The Great and many others. I work hard to ensure that he knows relevant themes of Islam, Christianity, Judaism, Buddhism and other paths of Eastern thought. I teach him about African history, African American history, and world history as much as I can. I let my son watch Spongebob Squarepants and other silly stuff, he's a kid. But I also have him watch movies like Mongol and Hurricane, The Book of Eli and various documentaries.

http://www.ktvu.com/news/26340682/detail.html
But looking at the death of these kids in the shadow of the unsolved murder of Justice Afoa, my heart just sinks.

I'm determined not to stop raising him as I am. But, I'm not sure this country will ever see value in him, and I feel fairly certain that his gifts and his talents will go unrecognized by his generation. So what is a parent to do from here? What do we do to ensure that other daughters will have young men like Justice, bold enough to defend their honor? How can we convince young people that being like Justice is a good thing? Because it is....We have a lot of work to do in 2011.
at January 02, 2011