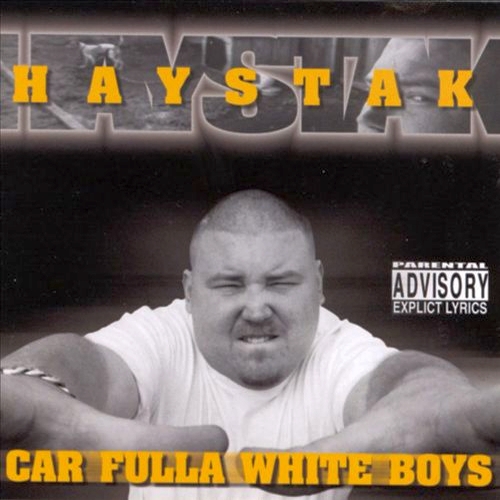 Wish you could see me is from one of America's most underrated White rappers EVER. Haystak's first album Car Fulla White Boys was one of my top favorite solo album releases of all time. Great album, great production, raps, etc. But it seemed to me a lot of politics played into his lack of overall success. Nevertheless, this record is a classic and Wish You Could See Me is one of the best songs on this album.

One of the things many of us forget when we observe Hip-Hop in all of its core forms, it that ALL OF IT, it a guerrilla arts response to being boxed out of society.

Another thing that is hard to comprehend is that even if you take the most violent, offensive, shocking, rap song you can thing of- it is STILL nonviolent. Essentially, a person was mad and wrote a poem rather than kill. We can debate the impact of art on society and try to define when art imitates life or if its the other way around. What we cannot debate is that no matter how you feel about it and angry kid wrote a poem.

Rather than be mad that the kid wrote a poem that scared you, you should be trying to figure out what in his world could make him that mad.

This song is deep and has brought me to tears many times. It is one of the most touching tributes to a young mans' dead friends ever made.

I encourage you to listen to the full song and read the annotated lyrics at Rap Genius.

WATCH: Wish You Could See Me

To read more about nonviolence in Hip-Hop read Bobby, Bruce & the Bronx: The Secrets of Hip-Hop Chess in Amazon.com.